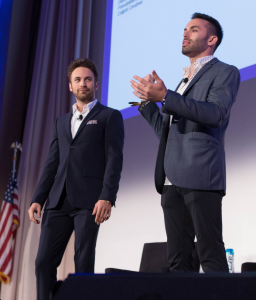 Specializing in high-end video and strategy from concept to campaign launch, notable recent Culprit works include broadcast commercials for Mercedes, campaigns for Facebook, and a live action billboard for Beats by Dre in Times Square. Now, Dylan Trussell, Co-founder and Director of Culprit Creative, announces that the company has been selected to join the “Inc 5000.”

The Inc 5000: Inc. is an American weekly magazine which publishes about small businesses and startups. The magazine publishes annual lists of the 500 and 5000 fastest-growing privately held small companies in the U.S., called the "Inc. 500" and "Inc. 5000". Culprit Creative making the list is certainly a big deal for the team which features the talents of Dylan Trussell, David Dinetz, and Colt Seman. The event will take place October 10-12, 2019 in Phoenix, Arizona.

“It was like project mayhem from Fight Club when we started our creative agency with a few friends in our living room six years ago, now we're in the Inc 5000,” recalls David Dinetz, “we’re so grateful that all the sweat equity has paid off and we are honored to be among such great companies.”