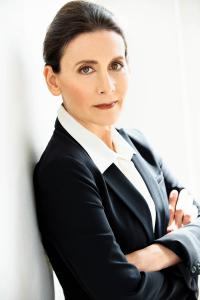 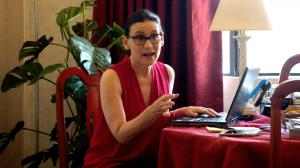 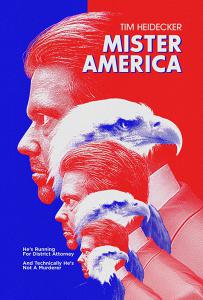 In the comedic feature film Mister America (Magnolia Pictures) Terri Parks role as the inexperienced campaign manager, Toni Newman supports Tim Heidecker while he attempts to enter politics. He has convinced the campaign manager, despite being underdogs to take on the popular incumbent. With campaign funds running low GoFundMe sounds like a good idea despite Toni Newman's (Terri Parks) doubts. Trying to connect with voters without experience, connections or money takes the characters on a comedic campaign roller coaster ride.

While working with Tim Heidecker in Mister America, Parks enjoyed the opportunity to flex her comedic skills, “It was an extraordinary opportunity to work with such a creative and talented team.”

Parks isn't new to politics on screen, she has appeared in and co-produced Decisions: a series of short films where Terri played Patricia Westbrook in the short film, “Indiscretions” as a campaign staff member who leaked indiscretions to the press about the candidate she was representing, and also portrayed a senator in the short film, “ The News.”

Terri Parks is also known for her role as Esther Franz in the stage production of Arthur Miller's award-winning play, “The Price” at Theatre Palisades, Los Angeles (2018) winning best play of the year for this venue. The role of Esther Franz garnered Parks a best actress nomination. Terri is a long-standing member of the Beverly Hills Playhouse and her television credits include Unusual Suspects, Dope Boys, and Tujunga Horror Story. We will continue to see more of Terri Parks on the big screen in a supporting lead role as Ann-Marie in, “Decrescendo"(pre-production 2019).