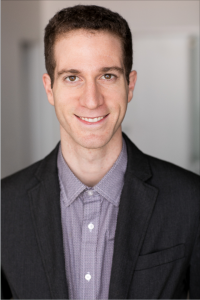 Matt Gottlieb has signed on for a number of US projects.

The Israeli auteur is also set to star in ‘Birds, Birds Birds’ and ‘Revenge is Best Served…Part Two’ for the Los Angeles-based Lucky Break.

Mr. Gottlieb has made unique and original contributions to our field by lending his skills to many different mediums of performance.”
— Rachel Goldberg

LOS ANGELES, CA, UNITED STATES, September 28, 2019 /EINPresswire.com/ — Israeli-native Matt Gottlieb, fresh off his series-regular role on the Netflix series ‘Fauda’, is attached to a series of projects with LA production company Lucky Break. The move marks a strong step in the direction of further international partnerships for the American company, also known for 'Skye' and 'Foreign Love' (both starring Gottlieb).

LBPC will film the projects consecutively, taking advantage of local resources and building a film collective where participating talent can grow in partnership across multiple projects.

LBPC has ventured into narrative production in the last few years, after its initial humble beginnings as a demo reel service for actors. The company’s popularity and reputation among industry professionals inspired its expansion.

Each of the projects will notably offer Gottlieb the opportunity to play a range of characters, from the practical, straight forward Dev in ‘Birds, Birds, Birds’ to the sensitive, aspiring poet Michael in ‘Take Five’.

Gottlieb also recently appeared as Alon in multiple episodes of the series ‘When Heroes Fly’, an action drama series also distributed on Netflix.

“Mr. Gottlieb’s significant role in the hit television series ‘Fauda’ has been exhibited worldwide in 190 countries. He has made unique and original contributions to our field by lending his skills to many different mediums of performance” said acclaimed TV director Rachel Goldberg, herself known for ‘American Horror Story’, ‘Mayans’ and ‘Veronica Mars’.

“I’ve worked with Fernando (Ramirez) and Justin (Dickey), the co-founders of LB, multiple times in the past and am grateful for their trust and our continuous collaboration. I’m excited for the opportunity to create more significant, powerful work that will play a major role in the film and television industry for years to come.”