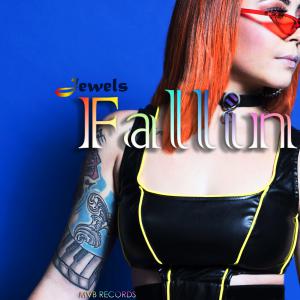 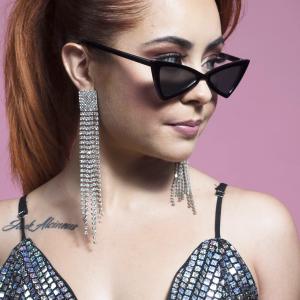 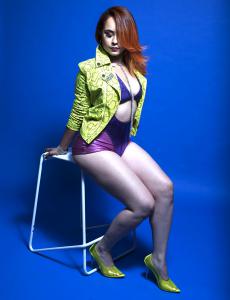 her record label is sparing no expense with Jewels' recording process; the label is going as far as scheduling eight hour studio sessions”
— Regina Nova

BROOKLYN, NEW YORK, UNITED STATES, September 26, 2019 /EINPresswire.com/ — Yalissa "Jewels" Lopez is a star who is finally getting her chance to shine. The young Puerto Rican vocalist; and song writer, recently signed a record deal with longtime indie record label MVB RECORDS. MVB RECORDS is wasting no time in getting Jewels ready for the spotlight, and she recently had her very first photo shoot in Brooklyn, New York. Her record label placed longtime label rep Xiomarie Segura in charge of Jewels' first photo shoot, and they also hired a handful of other people to make sure that everything went well.

The purpose of the photo shoot was for the label to have many photos of Jewels on hand to use for future cover artwork designs, social media marketing, and possible flyers and posters for street promotions. Jewels' hair and makeup was done by Xiomarie who has been working with MVB since 2006, when the the company first started. Jewels' wardrobe was put together by popular stylist "Looks By Lunden", and her pictures were taken by up-and-coming photography company "Photography By Dash".

The label said that Jewels' first photo shoot of 2019 was such a success that they used one of the pictures from the shoot for the cover artwork of Jewels' first single "Fallin", which will be released on September 28th, 2019. Even before her first single is released Jewels is already hard at work writing her second single, and her record label is sparing no expense with Jewels' recording process; the label is going as far as scheduling eight hour studio sessions for Jewels.

Jewels is currently recording at famed Quad Studios in Manhattan, New York; the label's longtime recording studio of choice. MVB RECORDS is planning on releasing two EPs from Jewels before the end of 2019. For more information on Jewels or MVB RECORDS visit www.mvbrecords.com