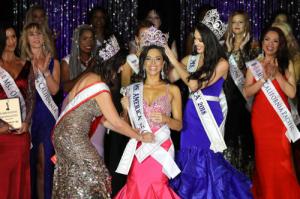 Joanna Hairabedian is announced as the new Ms. America 2019 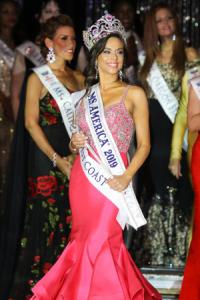 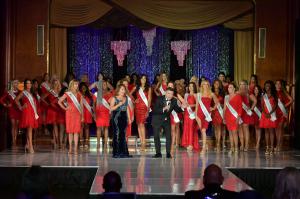 The Ms. America Pageant opening Production number with all the 2019 Contestants 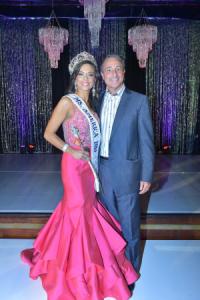 Joanna Hairabedian is being congratulated by her husband David Hairabedian after winning the crown! 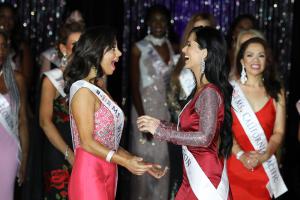 Joanna Hairabedian surprised reactions as she is named the new Ms. America 2019.

She’s proud to be the first Armenian-named Queen
to Begin Her Journey as Ms. America 2019.

As Ms. America® 2019, Joanna Hairabedian starts her new role as Queen, that will take her from spotlight to spotlight on behalf of an organization that empowers women across the nation and around the world, who are passionate about giving back to others through volunteer service and being the inspiration that helps others achieve their dreams. Hairabedian is a singer, song writer and author who helps transform lives through her music and motivational speaking. Founder of The Royal Princess Crowning Program she instills inner confidence and self-esteem for girls and women. Hairabedian also received the “Crown with a Purpose” Community Impact Award.

This year, the Contestants together made over 400 appearances which contributed to over 2000 volunteer service hours. All contestants in the pageant received the Presidential Volunteer Service Award for the Class of 2019. The 2018 National titleholders made over 300 appearances and each received Presidential Volunteer Service award, which included a gold medal pin, certificate, and a letter signed from the President of the United States on White House stationery.

The Ms. America Pageant is for women 26 years of age and up who are single, divorced, married, widowed, with or without children. The pageant is based on four areas of competition: Evening Gown, Interview, Sportswear and Finalist On-Stage Question that are each worth 25% of their total score.

Live streaming was provided by AlertTheGlobe.com with hosts Stephanie Mills, Ms. America® 2014/15 and Scott Stewart, the host and producer of the TV show “What’s Up Orange County” that airs on KDOC, Time Warner and Cox Communication.