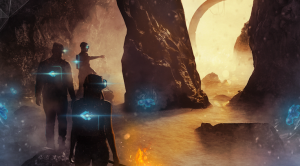 The renowned location-based VR solution provider will be expanding its locations with both new and existing partners.

We are well on our way to achieving our goal of establishing a worldwide network of trueVRsystem platforms. As a global leader in the field, we are proud of our turn-key solutions.”
— CEO Philip Lacoste

The expansion includes a new center in Berlin which opened in August and is operated by VR-Nation. VR-Nation intends to add several other locations throughout Germany. In addition, the first center in Spain will be opened in Mallorca by the end of August, with plans to open others on the Baltic Islands, partnered with Virtual Reality Mallorca.

Expansions are also in the works with existing client VREX of Sweden, where a new center in Norrköping will be added to the current location in Stockholm. And the company’s South American client Lucid Dreams will help facilitate expansions to Lima and Bogota, adding to its current location in Santiago de Chile.

trueVRsystems has also created a subsidiary, trueVR-Centers Inc., which will soon open its first location in Los Angeles. The new subsidiary, which was created to focus specifically on U.S. expansion plans, has successfully secured $2 million in funding to open in L.A. along with two other locations, which will be announced at a later date.

“We are well on our way to achieving our goal of establishing a worldwide network of trueVRsystem platforms,” says CEO Philip Lacoste. “As a global leader in the field, we are proud of our turn-key solutions. We are delighted that all our existing partners are moving fast into an expansion phase, while at the same time new partners are working to bring trueVR into different regions around the globe.”

Lacoste adds that this is just a first step of the international rollout and more openings will be announced later this year.

A Swiss-based and self-founded startup, trueVRsystems, a brand of RedCube GmbH, is a global leader in the business of location-based virtual reality solutions. Founded in 2015, the company offers the full bandwidth, from entertainment to real estate and training simulations, and specializes in wholly immersive large-scale setups with physical props, full-body tracking and 4D effects. In-house content and custom software are provided as part of trueVRsystems turnkey solutions.

For more information, please visit the website at https://www.truevrsystems.com.