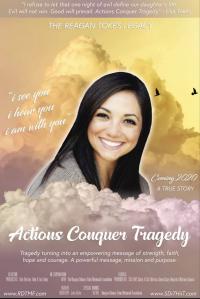 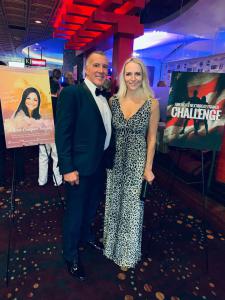 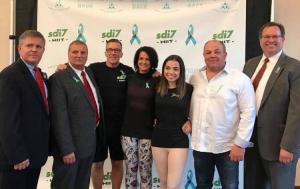 Crime, violence, active shooters will never go away. The purpose of this film is to empower others, educate, raise awareness and save lives.”
— Rob Fletcher Executive Producer

COLOMBUS, OH (August 6, 2019) – Movie trailer “Actions Conquer Tragedy: The Reagan Tokes Legacy” won first place in the Documentary Short Short category at the Del Weston Action on Film Festival and the Hollywood Dreams Film Festival held in Las Vegas July 24–Aug. 3, 2019. The trailer’s executive producers, self-defense expert Rob Fletcher, and Lisa and Toby Tokes, parents of Ohio State University student Reagan Tokes who was robbed, raped, abducted and murdered in February 2017, hope their story empowers others to take action that can save their own and others’ lives.

Says Fletcher, “This story could not be more timely in light of the recent mass shootings in our country. These evil acts of violence will never go away. Knowing what to do and how to react in the midst of crime, violence, or an active shooter situation is critical. Preparation and planning is key to saving lives.”

“Actions Conquer Tragedy” represents efforts to educate and train on safety and self-defense. Rob Fletcher is a recognized self-defense and combative tactics expert whose train-the-trainer and other self-defense programs are available in schools and businesses across the country. He partners with Lisa Tokes in presenting these programs, including his signature program, sdi7 HIIT (self-defense in 7 minutes high-intensity interval training) which teaches self-defense and how to protect others.

“Powerful stuff. This film hits you right in the heart and makes you think,” says actor and martial arts expert Vince Cecere of the trailer. Professional female boxer Daisy Lang says, “Wow. Reagan’s an incredible story. It touched my heart. I still have tears in my eyes. This happens every day, everywhere. We need to fight this.”

The Tokes family and Rob Fletcher hope the film is picked up by a production company or producer, as they work to inspire others and change and save lives. Lisa Tokes says, “I refuse to let that one night of evil define our daughter’s life. This is what we must do… what Reagan would want us to do. This film is a powerful platform that can serve as a catalyst for the entire world to hear that evil will not win and good will prevail.”