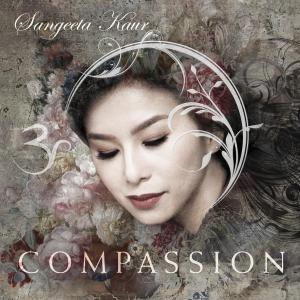 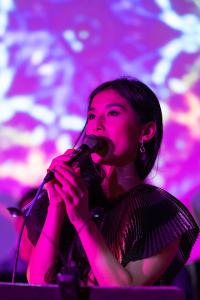 Sangeeta Kaur performing “Rise Up” from her new album, COMPASSION, during her pre-release celebration at The Village Studios in LA. 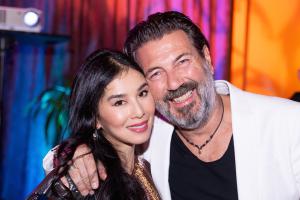 COMPASSION Debuts at #1 on Amazon Hot New Releases for New Age Meditation Music. Sangeeta Kaur’s crossover style is uplifting, spiritual, and edgy all at once.

Now is certainly the time for COMPASSION, debuting this week at #1 on Amazon Hot New Releases for New Age Meditation Music, and at #3 in Bestselling New Age Meditation Music, closely following The Best of Enya. Kaur says the album draws upon mantras and her practices of Yoga and Tibetan Buddhism; it is a result of her commitment to sharing music that uplifts and inspires the soul, shifting listeners’ perspectives to a more positive point of view.

"My inspiration for producing this album Compassion was from seeing and feeling the world’s suffering," Kaur shares. "Everyday, there is something tragic that is happening in our world, with our children and with our planet. Some days, I feel an unbearable weight for people, for my loved ones, for the strangers we pass by."

Collaborating with Kaur are GRAMMY®-winning percussionist MB Gordon as well as GRAMMY®-nominated cellist Eru Matsumoto, with renowned composer and trusted producer Nicolas Neidhardt featured on piano and keyboard, while Duy Tran and Danaë Vlasse gift their talents in choral writing. Performances are enhanced by the sonic simplicity of crystal singing bowls, improvised by Sangeeta Kaur and GRAMMY®-winning soprano Hila Plitmann.

According to Felicia Tomasko, Editor-in-Chief of LA YOGA Magazine and President of Bliss Network, "Sangeeta Kaur is a unique talent. Her soaring and transcendent vocal range is expressive throughout a wide variety of musical styles. In songs like 'May the Long Time Sun' Sangeeta offers a completely fresh interpretation of a classic that is played and sung in Kundalini Yoga communities. Each of her albums and live performances feature exquisite musicianship that provides the personal soundtrack to our modern-day spiritual experience. Sangeeta Kaur's New Age/Classical crossover album Compassion is a must-have addition to the modern-day seeker’s playlist.”

Compassion is based on mantras from different lineages and practices that promote compassion, some with original lyrics and others without. “Rise Up” is an anthemic song to lift the spirits of those who are falling deep into darkness and who need a push into light, while “Transcendence” and “We are One” create an experience of wonder and bliss to help the mind stay in an elevated space, without words. Deep yet uplifting to the soul, Kaur’s hope is that Compassion can be a first step in raising one’s vibration and spirit to a place where he/she can at least have a sense of hope. Once there, infinite possibilities arise for listeners embracing the music.

A series of live concerts are planned to share Compassion with the world. To all of her music, Kaur brings a passion for performance and an award-winning pedigree aligning classical opera training, Kundalini yoga and a deeply personal Tibetan Buddhist practice. Her unique style and commitment to honoring her dharma as a Voice for the sacred path has taken Kaur all over the globe from world renowned U.S. venues such as the Broad Stage and the Segerstrom Center for the Arts to the Sydney Opera House in Australia. Follow concert dates at https://www.sangeetakaurmusic.com/events

Compassion was produced by Sangeeta Kaur and Nicolas Neidhardt, recorded and mixed by Gerhard Joost, and mastered by Gavin Lurssen at Lurssen Mastering; it was recorded at East West Studios and The Village Studios, and mixed at Groove Mountain Studios.

Previous New Age/Classical Crossover albums by Kaur include MIRRORS, Ascension, and Niguma, which was the first work of its kind to congruently combine Ancient Sacred Wisdom of the East with a cinematic visual choreography on the stage, building a bridge between the worlds of sacred chant, classical opera and modern dance.

Compassion is available for purchase in physical and digital formats at Amazon (https://amzn.to/2SZPM3Z) and fine retailers, and is available for streaming at Spotify (https://open.spotify.com/album/3O1N0Y2cRJiSCCs0TP1xMn), Apple Music (https://music.apple.com/us/album/compassion/1473520689) and other platforms worldwide on August 2, 2019.

About Sangeeta Kaur:
Sangeeta Kaur (Teresa Mai) is a Vietnamese-American trained opera singer, mantra singer, producer and Global Peace Song Awards 2016 winner. She is a sound artist who is inspired to bring healing and awakening through music and yoga. Sangeeta was musically trained at California State University of Long Beach Music School and also at The Boston Conservatory of Music, with focuses in Opera and Voice. She has performed many different operatic roles throughout the US and Europe. Her love for mantra music began when she met her spiritual teachers in New York City who then guided her toward the practice and studies of Tibetan Buddhism, Kundalini Yoga, Yoga of Lady Niguma and the Yoga of Sound and Mantra.