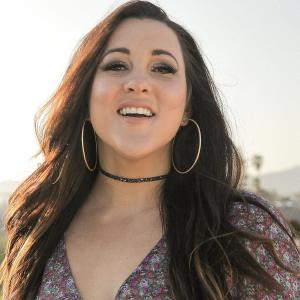 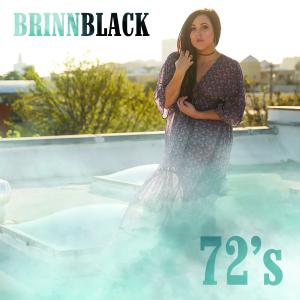 From the super bloom to the utter devastation left by the wildfires, it was like a cosmic metaphor for the song and the relationship that inspired it.”
— Brinn Black

The concept was crafted by Clay and Black and the two old friends found a unique synergy in the process that carried them through filming and post-production. For Brinn, the entire experience was magical. “From the super bloom to the utter devastation left by the wildfires, it was like a cosmic metaphor for the song and the relationship that inspired it,” she notes. “And all of the quirky connections – from my friend Louis who works at a rental car company, to the last-minute invitation to film at the Circle Bar (one of Cory’s contacts), to finding Ben Oakes (who reminded me of my ex), the sometimes-smoking, tattooed actor we met via social media – everything just fell into place like it was meant to be,” Brinn added. “Cory went above and beyond as DP, literally risking his life as he hung out the back of an SUV or sat on the back of the convertible with the top down on the Pacific Coast Highway. And he taught me so much about the process; he is absolutely brilliant. Jake Bonham deserves a shout out as well – as second camera and for his overall vision and input throughout, plus his idea to shoot the argument on the bridge. That unplanned sequence turned out to be a pivotal moment in the clip.”

Shot along Southern California’s PCH in the “documentary verite” style, the video includes staged performance sequences that keep things interesting. “We utilized a range of equipment,” notes DP Clay. “We filmed with a Canon C300 Mark 2 camera (handheld and tripod) with L Series lenses, a Canon Mark 4 mounted to a Ronin S, and even used a small drone.”

The 72’s single continues to gain ground (over 70,000 Spotify streams to date) and is available for purchase on all platforms. Radio can find the track on Play MPE. The song is resonating with Brinn’s fellow songwriters – and the media, with Nashville hitmaker Bill DiLuigi noting, “You’ll get hooked on this infectious smokey groove,” and Robert K. Oermann (MusicRow) observing, “Plaintive and yearning in the verses. Triumphant in the choruses. Very promising, send more.” Produced by NBC’s The Voice (2016) contestant Nolan Neal Seals, whose credits include Adam Wakefield, Saliva and Matt Bailie, the song was written by Brinn, Briana Tyson and Brittany Kennell.

ABOUT BRINN
She’s been performing since the age of four, but since she moved to Nashville at the age of 18, this soulful songstress has taken a more entrepreneurial approach to her music. She continues to pour herself into her songwriting, recording, and touring, and that dedication has led to performances at the legendary Ryman Auditorium and the Bluebird Cafe. Black has opened shows for Lady Antebellum, Ronnie Dunn, Darius Rucker, Justin Moore, Little Big Town, Montgomery Gentry, Gretchen Wilson, LoCash, Dustin Lynch, Sammy Kershaw and more. She’s released several songs, including her most vulnerable piece of work, “Daddy’s Medicine,” in 2017. The companion music video has amassed more than 200,000 views, while the track has gained nearly 30,000 streams on Spotify. The native of Chester, Virginia also uses her musical talents to help others while giving back with the creation of Lyrics On The Lake, an annual, multi-day festival held at Smith Mountain Lake, VA. Brinn is also a hands-on advocate for programs including Christmas 4 Kids, Give It To Goodwill, Hands On Nashville, the Columbia Shop-With-A-Cop program, Big Brothers Big Sisters, and St. Jude Children’s Research Hospital. She also prides herself on being an ambassador for LEAD Southeast, a public school in Nashville committed to preparing artistic young students for a four-year college or university. She has one dog (Little Miss Mollie B), loves dark chocolate, Italian food and SEC sports.

Learn more about the production team behind the 72’s video www.thejukeboxromeos.com.