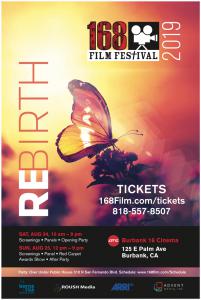 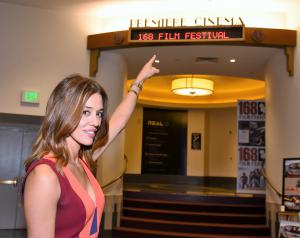 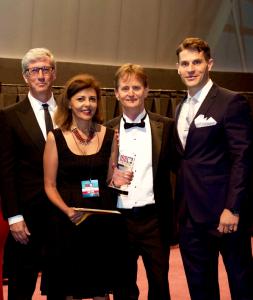 Leaders Are From Down Under and Across the Pond

I challenged myself this year not to shy away from the spiritual aspects of the story. To keep it true to the Word while still producing a mainstream film.”
— Aaron Kamp

The 17th Annual Bible-based 168 Film Project competition award nomination leaders are from down under and across the pond. Leading the pack for the Rebirth-themed season is Aaron Kamp, a veteran, multi-award-winning filmmaker.

His “True Reflection” shines with fifteen nominations. It’s about an addiction support group with mystical ties to healing power. “Reflection” is based on a fiery verse from the last book of the Bible, Revelation 3:17-18 that counsels the poor, blind, and naked to buy gold refined by fire.

“I challenged myself this year not to shy away from the spiritual aspects of the story. To keep it true to the Word while still producing a mainstream film. I am proud to have it recognized in so many categories,” said Kamp.

“True Reflection” is tied (15 noms) with newcomer, Marcus Wood, whose “The Other Way” yields nothing to the veteran. Set in an English ocean town, “Way” tells a tale of a girl’s urge for revenge and the higher path of forgiveness. The canvas for the story is Jonah 2:1-6 when Jonah sinned willfully against God and later prayed for forgiveness from deep inside the belly of a great whale.

Tamara Johnson, “F8TH” (Faith) nabbed 14 nominations, including two for the film’s director and lead actor, Glenn Plummer (Gray's Anatomy, CSI, Sons of Anarchy, Speed, Day After Tomorrow).
CC Weske’s “Out of the Quiet” also had 14 nominations for her near-death to rebirth tale of a troubled girl and her therapist, based on John 3:16-17.

Two-time Best Film Winner Christopher Wiegand’s “The Antique Shop” tells the tale of a young woman who inherits an antique shop along with its mysterious secrets. “Shop” is tied at 11 nominations with Ty Orr and Watersprings Church’s post-apocalyptic “Awakening.”

Dave Rajkumar’s “Heart of a Child” played well, getting nine nominations for the story of a PTSD veteran, who must be spiritually reborn as a child to receive healing.

Amy Sutherland got 8 nominations for “Amelia” about a troubled woman lured by a wise fisherman.

Five nominations each went to Stephanie Hylton’s “So Much More,” a wife wrestles with God, and Serena Travis’ “Happy ReBirthday,” about a young wife who discovers true joy on her birthday.

Alicia Schudt-Schechter & Yvette Sams got four nominations for “Sunday School,” about a cantankerous widower who is forced to teach kids in Sunday School.

Three nominations each went to Marjorie Burgos’ “Luzy,” about an artist fighting her fears and Justin Manntai’s “D.O.G,” about love, life, and “fetch.”

Nominated for Best Documentary went to veteran filmmakers, Gwen McGee for “The Ghetto and The Gospel,” about a gangster rapper in the inner city and Ashley Sanchez and Mark Baird’s “AIM For Independent Living,” which shows how disabled individuals can live on their own.

One nomination apiece went to Nina May for “Elevator Pitch,” Tracy Brantlinger for spousal reconciliation tale “Call My Name,” Ian Eyre for In-law shocker “Don't Talk About Jesus!” and Bobby Bliatout & Khetphet Phagnasay for a tale of hope in a brutal labor camp, “NAI-KHOO” (Teacher).

Best Open Film nominees included escape documentary “Saved: Escape from Kim’s Regime” by Thea Haavet, marital drama “Unfaithful” by Jennifer Taylor, cat-and-mouse tale “Drive” by Julitta Pourciau, man-ponders-military-service story “SALUTE” by Anthony Hackett and “The Father” by Evan Atwood, about a menacing stranger, a gold watch and no memories of the past.