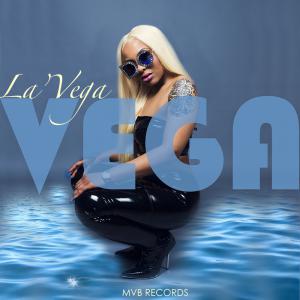 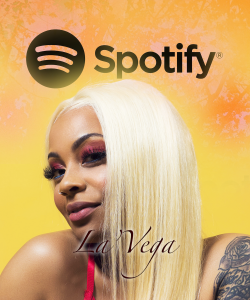 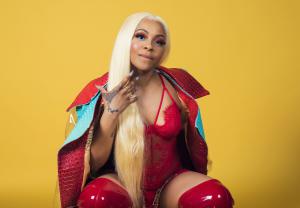 Needless to say that the standout track on the entire mixtape is when Brooklyn and Bronx collide on the third track, "No Bay-Bee (REMIX)"”
— David Kessler

BRONX, NY, UNITED STATES, July 20, 2019 /EINPresswire.com/ — The popular up-and-coming female Rapper from Bronx, New York, La'Vega, just released her 8th mixtape titled "VEGA". The mixtape contains six tracks: 1. All You, 2. Hit It On a Late Night, 3. No Bay-Bee (REMIX) Ft. Maino, 4. Out Her Way, 5. Precious Life, 6. Tropical Energy. Needless to say that the standout track on the entire mixtape is when Brooklyn and Bronx collide on the third track, "No Bay-Bee (REMIX)". La'Vega delivers an infectious hook on this track that is sure to "hook" her listeners to sing along with the hook, throwing up 'verbal' middle fingers to all the haters in the world.

La'Vega's lyrics on the first verse of "No Bay-Bee (REMIX)" starts off with, "Just thinking to myself, how I land on E (Empty), can't lose, keep it together, all them eyes on me", which describes the trials and tribulations she had to endure throughout her time as a musician, all while never giving up on her dream. What follows on the second verse is Hip Hop artist Maino reminding us once again why he is the 'King of Pain', and why he is a platinum selling artist. Maino's verse shows the veteran manhandling the beat, and taking the track and energy of the song to the next level. The "No Bay-Bee (REMIX)" is by far the best track on La'Vega's new mixtape, and also can possibly be her best song to date; right along with "Nappy" and "The Girl You Like".

The overall verdict on "VEGA" is that it is collectively one of her best mixtapes; maybe even better than "GoneGirl.GirlGone" (her 6th mixtape). "VEGA", once again, showcases the melody making skills of this up-and-coming musician, and reminds her fans and listeners of not only how far she's come as a songwriter, but how much immense potential she has as a musician. La'Vega might just be the most versatile and promising "up-and-coming" music artist out of New York city. If you do not believe us, listen to her songs "Nappy", "The Girl You Like", "Kill'Em", "No Bay-Bee (REMIX)", "Precious Life", and "All You". All distinct sounds, different content, infectious hooks, and all songs are full of carefully crafted melodies.

La'Vega's music can be found on Spotify, TIDAL, Apple Music, Amazon Music Unlimited, Napster, and other popular music streaming services. Her record label (MVB RECORDS) says that she is already working on her third mixtape, which is said to be scheduled for release at the end of Summer. If this is true, then she will have released three mixtapes in three months, which means she has outworked Cardi B; "2 mixtapes in 6 months which b*tch working as hard as me", and every other female and male Hip Hop artist in New York.