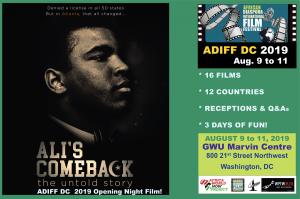 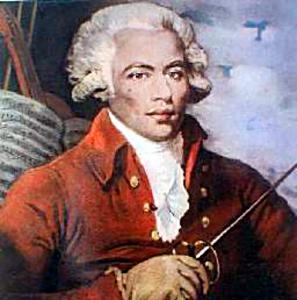 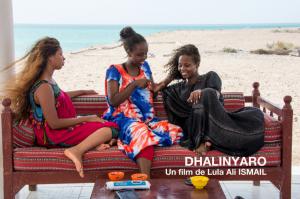 ADIFF DC will hold its 13th Anniversary at the George Washington University Marvin Center (800 21st Street NW) with 16 films including 12 US and DC premieres.

“Intriguingly modern in look and idiom, "Fallen Angels' Paradise" convincingly depicts Cairo's upper and lower depths in the surrealistic story of a man who refuses to die.” ”
— LA Times

Opening Night film, "Ali’s Comeback: The Untold Story" by Art Jones, is a fascinating documentary that recounts the unsung saga that broke the boxing’s blacklist status of Muhammad Ali, the champion who said “no” to war and racism. The year is 1970. It has been three and a half years since Muhammad Ali was stripped of his title. Convicted of draft evasion. Threatened with imprisonment. Banned in all 50 states, he is unable to work in the field for which he had no equal. The wide door on his illustrious career seems to be closing. But in Atlanta, Georgia, an astute white businessman, a visionary black senator, and a progressive Jewish mayor came together to make it possible for Ali to resume his amazing boxing career.

In Closing Night film, "The Robeson Effect" by Juney Smith, actors Danny Glover and Ben Guillory share with the audience the extraordinary story of their 50-year friendship, some of their life’s journey, their artistic journey and their shared admiration of Paul Robeson, which led them to the creation of the Robey Theatre Company in Los Angeles, California.

ADIFF DC 2019 presents a rich selection of historical documentaries that highlight the contribution of international leaders who have affected significant societal change in their country and beyond.

Who was Frantz Fanon and what is his legacy today? "Fanon yesterday and today" by Hassane Mezine traces the life of this incredible leader and gives voice to men and women inspired by Frantz Fanon to fight for social justice today. "Oliver Tambo: Have You Heard From Johannesburg" by Connie Field tells the untold story of Oliver Tambo—who lived a life on the principles of ethics, compassion, inclusion, social justice and equality – the man behind the release of Nelson Mandela and the end of Apartheid in South Africa. Mika Kaurismaki’s documentary "Mama Africa: Miriam Makeba" traces fifty years of her music and Miriam Makeba's performing life. "The Black Mozart in Cuba" by Steve and Stephanie James is the latest act in the rehabilitation of the memory of musician extraordinaire Joseph Boulogne, Le Chevalier de Saint-Georges (1745-1799).

Two films will have revival screenings in ADIFF DC 2019: Classic Brazilian epic drama "Quilombo" (1984) by Carlos Diegues is about Quilombo dos Palmares, one of the most important communities of free African people in the New World. Directed by remarkable Egyptian filmmaker Osama Fawzi – who passed away on January 8, 2019 – "Fallen Angels’ Paradise" (1999) is one of the most original and audacious Egyptian productions of the 1990s. “Intriguingly modern in look and idiom, "Fallen Angels' Paradise" convincingly depicts Cairo's upper and lower depths in the surrealistic story of a man who refuses to die.” ~ LA Times

WOMEN BEHIND THE CAMERA

ADIFF DC’s lineup features six films directed by women including "Dhalinyaro" (Youth) by Lula Ali Ismail that depicts the life of three young girls from Djibouti who must make important life choices as they transition from High School to College. "Panama Dreams" transports the viewer on filmmaker Alison Saunders’ modern-day search for descendants of an ancestor who left Barbados in the early 1900s to build the Panama Canal. "Made in His Image" by 12 year-old Anah Ambuchi, is the true story of a young black girl who experiences bullying from her classmates and finds strength in her mother’s story. "Baobab Flowers" by Gabriela Watson-Burkett, a documentary that explores education inequality as a global issue in black communities in the United States and Brazil.

THE OTHER FILMS
•"Kinshasa Makambo" by Dieudo Hamadi follows young activists who fight for social change in the Democratic Republic of Congo.
•"Tazzeka" by Jean-Philippe Gaud is an ode to good food and friendship about Elias, a talented young Moroccan cook whose meeting with a top Paris chef and a young woman inspires him to leave home for Paris, France.
•"Black N Black" by Zadi Zokou is a documentary that explores the relationship between African Americans and African immigrants to the United States.
•In the revealing short documentary, "What Are You?" by Richard B. Pierre, eleven people with a range of backgrounds discuss what it's like being of mixed racial heritage within the context of North America.

The African Diaspora International Film Festival is a 501(c)(3) not for profit organization. The 13th Annual DC African Diaspora Film Festival is made possible thanks to the generous support of the following institutions: ArtMattan Productions, TV5 Monde, Africa World Now Project, WPFW and WEAA. The GWU Marvin Center is located at 800 21st Street NW in Washington D.C.

For screeners, to set up interviews with filmmakers and/or receive high resolution images, please call 212‐864‐1760 or e-mail Diarah N’Daw-Spech at pr@nyadiff.org.