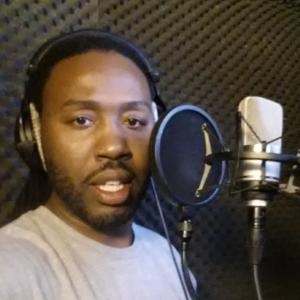 Shaw’s phenomenal re-creation of Mufasa in The Lion King is gaining thousands of views on YouTube.

MIAMI, FL, USA, July 14, 2019 /EINPresswire.com/ — Al Shaw, professional voice actor, radio and TV personality, master of ceremonies and DJ, is quickly gaining recognition for his incredible rendition of the voice of Mufasa in The Lion King. Shaw has recently released videos of some of the scenes in the film, substituting his own voiceover for the part of Mufasa, which is played by James Earl Jones in the upcoming movie.

With over 15 years of professional experience as a radio personality, Shaw now does freelance voiceover work through his own company, Al Shaw Voicebox. With a voice that can only be described as mesmerizing, Shaw can speak in a variety of languages, accents and dialects. And his distinctive bass tones have a remarkable resemblance to those of James Earl Jones.

“I was born with the ability to imitate other people,” says Shaw. “It’s something that always came naturally to me. Doing the voiceover for The Lion King gave me great pleasure because Mufasa is such a wonderful character, with so much pride, wisdom and dignity. But I didn’t expect my video to get so many views!”

A graduate of Bethune-Cookman University with a degree in Mass Communications and Media Relations, Shaw is currently a radio personality on Miami’s Easy 93.1 WFEZ station, and has formerly worked for Miami’s #1 Urban radio station, Hot 105 FM, where he hosted his own show, The Quiet Storm. He also held the role as a Production Director for Radio One’s first urban talk station in Miami, WTPS, and has been an on-air talent for WFLM in the Treasure Coast.

Shaw’s voice can be heard on countless voice mails and on-hold messaging businesses around the world. He has worked for Caribbean Airlines, Comcast, Conair, Netflix, Publix and many other businesses in the U.S. and Canada.

Shaw is available for all types of voice projects, such as voiceovers (promotions, audio books, podcast, documentaries, etc.), TV/film commercials, as a radio personality host, disc jockey or master of ceremony.