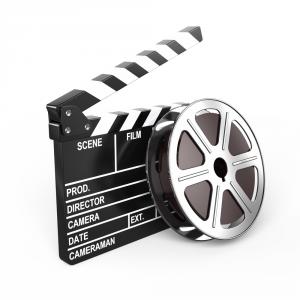 FOREST CITY, IOWA, USA, July 9, 2019 /EINPresswire.com/ — As a film fanatic, Gary DeWaard has stayed closely in the loop of Hollywood releases and entertainment news. Frequently reviewing content streaming on platforms, he names the five best shows of 2019 so far that are available to stream in America right now.

Gary DeWaard is the insider on most things Hollywood and film, and he takes great pride in watching and reviewing as much entertainment as he can fit into his schedule. Many times, this includes binge-watching the year’s most anticipated series and conveying to audiences why they should or shouldn’t follow the crowd and watch along.

“There’s so much great content being produced today,” says Gary DeWaard. “So much so that it’s difficult for people to keep up with all the new releases. I like to help them by really showcasing what’s great about good series and conveying what’s wrong with the ones I don’t recommend.”

Halfway into the year, Gary DeWaard has already assembled what he believes to be the best series that streaming has to offer this year.

The HBO limited series dramatizing that catastrophic events of the Chernobyl nuclear power plant disaster from the 80’s made international headlines when it debuted in May. The five-part series was lauded for its historical accuracy and its brilliant casting and teaches audiences intimate details of the lives of the people impacted the hardest by the event. Many are calling it the best series to release this year.

Two years ago, Netflix premiered its first-ever German-original series about the mind-bending effects of time travel on a sleepy little town in Germany. Beyond it being a stand-out product of the German entertainment industry, Dark set the bar for mystery and science fiction shows around the world. This summer, the much-anticipated second installment of the series released after a nearly two-year hiatus.

With a star-studded cast of women for their initial season, HBO could only outdo themselves by bringing on the legendary actress Meryl Streep to help tell the next chapter of the mysterious Monterey Five. She joins notable female actresses like Laura Dern, Reese Witherspoon, Nicole Kidman, Shailene Woodley, and Zoe Kravitz. The second season, which premiered this summer, delves into the mysterious death of Kidman’s late husband and the conspiracies surrounding the high-class women of the Monetary Five.

“Stranger Things has set the stage for nostalgia shows as well as combined some pretty impressive and horror elements that drive audiences nuts,” says Gary DeWaard.

The anticipated third installment (released on July 4th) already has fans and critics buzzing with the artistic return to their favorite motifs from the show. Talk has been that this was the final installment, but with its massive success, it’s likely audiences will get at least another season from the show creators.

The last on his list of superb streaming shows, Fleabag is the only comedy––but it excels hilariously. Phoebe Waller-Bridge returns as the beloved main character in this whacky, but superbly put-together British comedy that is garnering attention from the world’s greatest filmmaking teams. At just six half-hour episodes, the second and last season of Amazon’s Fleabag is already being heralded as limited-series-perfection.

“I’m excited to see what’s in store for the fall and winter, but we already have enough ground-breaking shows to make up for the rest of the year,” says Gary DeWaard.