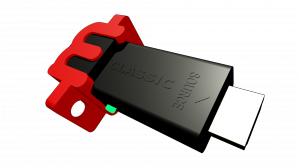 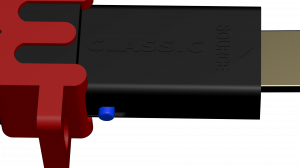 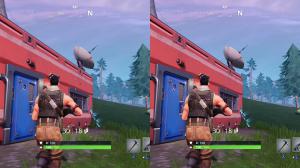 Before and After Using mClassic on Fortnight

After seeing how mCable improved my game, I just knew there had to be a better way to bring better graphics to console gamers. I saw the opportunity to address a need no one else had before.”
— Arabian Prince

mClassic is the result of an amazing ongoing collaboration between Marseille Founder and CEO Amine Chabane, head of a company that's been dedicated to video enhancement since 2005, and OG rap legend, Arabian Prince who is a passionate gamer pushing the boundaries of technology through his non-profit iNov8 Next Open Labs, a product innovation incubator designed to empower the brightest inventors through mentorship.

Marseille has had a goal since the beginning: to improve the world's video quality. This led to the release of the highly revered, mCable, which disrupted the video game market in 2017 with the industry’s first HDMI cable equipped with an integrated intelligent graphics pixel processor, capable of dramatically improving the video resolution of existing console games and video content. Gamers were mesmerized with the possibility of extracting more value out of their monitors and TVs with a solution that could optimize the video resolution of the games they love in a simple “plug and play” fashion. After using the original mCable himself, Arabian Prince approached Marseille with the belief that he could make a great solution even better.

“After seeing how Marseille’s mCable improved my game, I just knew there had to be a better way to bring better graphics to console gamers,” said Arabian Prince, mClassic’s Chief Designer. “As an avid fan of console gaming, I saw the opportunity to address a need no one else had a solution for until now.”

The result of this collaboration is mClassic, offering the same core benefits of the original mCable but with more flexibility and a heightened value. Capitalizing on the great intrinsic technology that the original mCable stunned the market with in 2017, Arabian Prince offered his considerable industrial design skills to help Marseille develop mClassic with a sleek, beautiful design.
The original mCable was the world’s first video game console plug-and-play graphics processor to upscale image quality to near-native 4K or Super HD in real time so users can see a stunningly beautiful picture with color clarity and details as intended by game developers. mClassic’s powerful video processor analyzes each pixel in its immediate and global contexts to determine the most suitable processing per pixel with Marseille’s propriety technology called Contextual Processing. This sophisticated technology enhances regions in an image according to their specific characteristics to preserve the image’s balance and give the TV a better image to build upon.

mClassic’s patented technology redraws every single pixel on the fly at 120 FPS with near-zero latency and eliminates jagged edges that are smoothed over by our advanced anti-aliasing algorithm. While graphics video processors typically focus on either the “sharpness” or “naturalness” of an image, mClassic ensures the image is in perfect balance. In fact, the original mCable was so “game-changing that the legendary Technicolor® certified the technology used in mClassic to meet the rigorous standards of Technicolor’s 4K Image Certified test suite. mClassic also supports HDMI High Definition Audio for a full range of high definition audio types including DSD, DTS-HD Master Audio, and Dolby Atmos. The sleek, portable mClassic stick weighs less than an ounce, measures 0.8in x 1.6in x 2.2in and features Marseille’s VTV-1224 chip, 4K Chroma 4:4:4 Scaler Processor, HDMI 1.4b Receiver/Transmitter and 120 FPS Graphic Post-Processor. It also features three function selection modes: Pass-Thru, Full-Processing, and Retro Game Mode.

mClassic will launch on Thursday, June 27th only through Kickstarter. To give consumers the opportunity to get their hands on this unique product before it goes to mass market, mClassic will be available for $79 a discount of $20 from the MSRP of $99. You can register to be notified about the launch of the Kickstarter campaign here: www.marseilleinc.com/kickstarter.

It’s noteworthy to mention that mClassic will be demonstrated at E3 using the Dell 27 Gaming Monitor (S2719DGF) which supports resolutions at 2560 X 1440 at 144 Hz. As Dell is the largest manufacturer of high-performance monitors in the world and has enviable credibility in the gaming space with its Alienware and XPS product lines, Marseille selected this monitor for the E3 demos so that mClassic’s potential could be shown in the most optimal manner with many of the most popular console games.

To get a sneak peek of Marseille’s mClassic at E3 stop by Booth #2723 South Hall or contact Gina Hughes at gina.hughes@marseilleinc.com.

About Marseille Inc
Marseille introduced its mCable product line in 2017 and has blown away performance expectations, being called “too good to be true.” We all know the trade-offs between faster game response time, quicker reaction time and picture quality for the optimal gaming experience. Add the frustration of viewing on a 4K or True HD TV the content from a set-top-box or streaming video, BluRay or DVD. The image simply isn’t as good as it should be. Marseille is a privately held company based in Santa Clara, Calif,

For more information on the company and its products visit: www.Marseilleinc.com