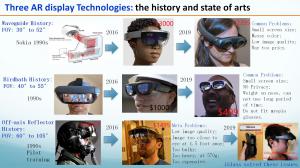 Fig 2. Birdbath AR optics history and its state of art as of 2019. Nreal Light is the latest art

Fig 3. Off-axis Reflector AR optics history and its state of art as of 2019. iGlass is the latest art

1) Waveguide optical architect. It has its pros but comes with the following limitations:
• FOV is not large enough (between 30° and 52° in a diagonal direction),
• System resolution (MTF of the whole system) is typically quite low due to diffraction optical limitations,
• Inaccurate color, hard to show single color uniform background well, i.e., a white background would show as a messy colorful background,
• Very expensive (i.e., HoloLens is well over $3000, MagicLeap one is at $2295), not really for consumer uses.

2) Birdbath optical architect. Birdbath has a very long and rich history, while it has its pros, it comes with the following limitations:
• It has a fundamental privacy leaking issue, as others can see the display content from outside, from all directions,
• FOV is quite similar to waveguide technology, not large enough (between 40° and 55° in a diagonal direction),
• The optics are too close to the user’s eye area. The system typically put weight (i.e., >85g or even 100g) on the load-sensitive-human-nose (i.e., typical prescription eye-glasses weight is <30g), uncomfortable to use,
• Also due to the optics is too close to the user’s eye area, the heat generating display unit together with the driving electronics are touching the user’s sensitive skin area near the eye, hot as burning. For these reasons, Birdbath architect is typically for short period user cases, not suitable for long period consumer user cases like movie watching or gaming, etc.,
• It does not fit daily myopia glasses thus not convenient for many,
• Its eye box is typically quite small, quite easy to lose

At around the 2014 – 2016 period, SmokeVR HMD and MetaVision tried to transfer the military technology into the consumer space, by shrinking the form-factor and cost down. However, the Off-axis Reflector at the time suffered a set of problems:
• The relatively low image quality (system MTF) as Off-axis systems tend to have large image distortion and the image quality drops dramatically as the system goes “off-axis”. To overcome the limitations, an image formation method called “Free-Form Reflector” was necessary, but the Free-Form Reflector technique was so new and uncommon to most experts in the field (other than a few folks in the academia doing research, etc.), people just started exploring how to make Free-Form Reflector work. And there were simply too many unknowns on how to design/produce/test high quality non-traditional Free-Form Reflector, etc.
• For the same reason, the image plane of the early “infant” Free-Form Reflector tend to very close to the mirror itself, i.e., forming an image at about 1-foot to 1.5-foot from the Mirror itself. When the users of the HMD put the device on, they will find the image is right in front of their eye. This very close by image distance issue made the HMD hardly useful, as the users feel as if they were standing right in front of a big screen and the contents were simply way too close-by to be comfortable watched,
• If the software renders the content to further away (depth) anyway, the image became fuzzy too quickly, thus only large font/course content is viewable,
• The above image quality issue and image distance issue, when coupled with the other factors below, basically killed the Off-axis Reflector system:
• Even though significantly smaller than the military helmet, the end system was still too bulky from a 2016 standard,
• Even though significantly lighter than the military helmet, the end system was still too heavy from a 2016 standard, i.e., at 570g for Metavision’s AR headset,
• Even though significantly cheaper than the military helmet, the end system was still too expensive for consumer space, i.e., at $1495 for Metavision’s AR headset.

Due to the above constraints, Off-Axis Reflector AR architect did not attract too much attention in the industry, most experts in the field simply thought this technical path was fundamentally flawed, with low image quality, and it is way too large and heavy for any civilian application. Thus, there is little development effort in this technology direction.

Things changed in 2019, a startup in Milpitas, CA, called “iGlass USA inc” showed off their palm-sized small, 200-inch gigantic screen size, 120g feather-light XGlass with “Ultra-high-image-quality beating any waveguide systems and Birdbath systems ever in exist” at multiple professional conferences, including SID 2019 in San Jose and AWE 2019 in Santa Clara.

iGlass USA uses their actual device proved that all those previous issues associated with the Off-axis Reflector AR Display Core tech can be solved through years of dedicated research and development.

iGlass also let people eye witnessed how high image quality and how small and light the Off-axis Reflector AR display tech is cable of achieving. Iglass USA is so confident about this technique’s potential, it even claimed that their upcoming iGlass Two will have another 35% higher image sharpness (system MTF) than their already very sharp UHD quality XGlass demonstrated.