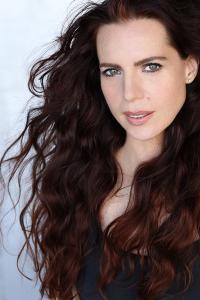 Marina Edwards was invited by "Homeless not Toothless" to come into the office and meet dental doctors who provide free dental care for war veterans.

LOS ANGELES, CA, UNITED STATES, June 5, 2019 /EINPresswire.com/ — Marina Edwards (writer, director, producer,) has certainly had a busy year. Between working on her short film “My Love in the Sky,” a story about a war veteran challenged by returning from Iraq to civilian life, and her acting career, the film producer hasn’t had very much free time. However, Marina recently was able to attend one of Dr. Jay Grossman’s “Homeless not Toothless” charity events, and she was inspired enough to create a short documentary on the subject.

“As a screenwriter and director, I always knew that being truthful in your stories is the most important and valuable part of your work. For this, I always prefer to meet people from different spheres… listen to their outstanding stories, and analyze their incredible archetypes,” explains Marina, “last year I wrote a script about a war veteran who comes back from Iraq wounded and suffers adjusting his life to civilian life. I felt that to be realistic, I needed to meet war veterans and understand them better.”

“I started to meet war veterans and listen to their stories which were full of drama but also filled by courage,” continues Marina, “the most incredible thing was that many of the veterans had not only found a way to heal themselves, but also help their brethren to survive”.

Marina was invited by Dr. Jay Grossman, President & CEO of non-profit organization "Homeless not Toothless", to come into their office and meet dental doctors who dedicate their time providing free dental service for war veterans. When Marina arrived, she was able to meet the veterans who came in the office to be treated and operated on. The doctors spent that entire Saturday helping the veterans be healthy.

Marina discovered that the idea to create this much needed non-profit organization came from Dr. Grossman, who is a veteran himself and knows better than anyone how important it is to support and help veterans. The “Homeless Not Toothless” charity was set up in 1992 when Dr. Grossman gave a homeless veteran his business card instead of a dollar, in order to help get him out of the dental pain he was in and replace his missing teeth so he could function by eating and looking good for job interviews. Since that day, “Homeless not Toothless” has provided more than $5 million in services.

“I was so amazed at seeing the doctors’ work and their dedication, that I shot a short documentary about the subject, in order to get the word out. My wish is that we will bring more awareness to this subject and our social media and film industry would bring its power to put our warriors on the pedestal they deserve.”

“For me, Dr. Grossman is the ideal model of a modern hero,” concludes Marina, “one who can stand up and help others without any hesitation.”