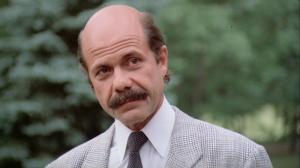 “With all of Zack Norman’s incredible achievements in the field of entertainment, it’s easy to see why he has earned a place on L.A.’s 100 Most Fascinating People list” said DeRose.

The “Best of Los Angeles Award” community was formed four years ago and consists of over 5,300 professional members living and working in Southern California. It celebrates the best people, places and things in Los Angeles with a slogan “No Ads. No B.S. Only the Best.”

“The mission of the community is to celebrate the best of Los Angeles, and allow its community members to connect with other members who share the highest standards of quality and integrity,” expresses DeRose. "We're honored to include talented actor and producer Zack Norman into our L.A.’s 100 Most Fascinating List."

Zack Norman is an actor, producer, writer, comedian, musician, film financier, painter, art collector and real estate developer. Born in Boston and raised in nearby Revere, Massachusetts, he is best known for his role as Ira in 20th Century Fox's Romancing the Stone and as Kaz Naiman in Paramount Classics' Festival in Cannes. He has also co-starred in films such as Ragtime, Cadillac Man, and Chief Zabu, which he also co-wrote, co-produced and co-directed.

Norman began performing as a stand-up comedian in strip joints and nightclubs while producing his first Off-Broadway play, the New York premiere of John Arden's Live Like Pigs, which opened on June 7, 1965. In 1966 he left for Europe to work the U.S. Army Base Circuit operating out of Frankfurt, Germany, playing army clubs throughout Western Europe.

On June 7, 1967, Norman opened at the Playboy Club in London, England, where Variety wrote he was "hysterical… one of the funniest guys ever to cross these shores". Soon, he was headlining in every Playboy Club on their 18-venue circuit, as well as appearing in hotels and nightclubs such as The Flamingo in Las Vegas and New York's Copacabana with The Temptations. Norman made his debut on The Tonight Show Starring Johnny Carson on April 28, 1969. As a stage actor, he starred in more than 20 plays. His performance in the title role of Bertolt Brecht's The Resistible Rise of Arturo Ui at the Stamford Center for the Arts in Stamford, Connecticut (1980) was critically acclaimed.

In 2006, Variety's Elizabeth Guider wrote of Norman: "There are people through the decades who become regular fixtures in the pages of Variety – everyone from Al Jolson to Jimmy Durante to Michael Ovitz to Harvey Weinstein. But no one's presence has been as constant as that of Zack Norman." The reason for this, she wrote, is that in the 1980s he regularly bought ads promoting himself and “Chief Zabu” on page 6 of the newspaper.