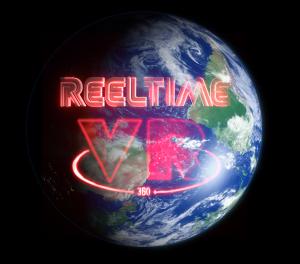 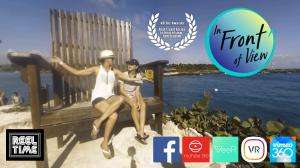 In Front of View 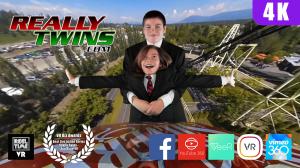 Real Life VR series produced by ReelTime VR (OTCPK:RLTR) have rapidly been growing in popularity as a new form of immersive entertainment and education.

The intellectual property contained in the non-provisional patent application we filed on behalf of ReelTime VR has the potential to be completely industry shaping.”
— J.D. Houvener

NEW YORK, NY, UNITED STATES, May 20, 2019 /EINPresswire.com/ — Virtual Reality/AR is just beginning to explode with early adoption now expanding across the Globe and has been witnessing a steady growth. Although the earliest adoption has been primarily in the Gaming segments, Real Life VR series such as the ones produced by ReelTime VR (OTCPK:RLTR) have rapidly been growing in popularity as a new form of immersive entertainment and education. The market is expected to grow with a double digit CAGR of 23.13% during the period from 2018-2025. According to a SuperData Research report, the global AR/VR market was valued at around USD 26.7 billion in 2018 and is expected to reach approximately USD 814.7 billion by 2025, at a CAGR of 63.01% between 2019 and 2025.

ReelTime VR is not new to VR having reached the forefront of the VR Content and Technology development cycle by producing the most technologically advanced VR content at the time utilizing a myriad of RED cameras and a proprietary encoding technology over three years ago. ReelTime VR has certainly not slowed in its development and cutting-edge productions since. Last year ReelTime VR was chosen by VR Biz Journal in The VR Biz Awards as The “Best Live Action Series” for “Really Twins” the world’s top tween VR adventure series, and “Best Travel Series” for “In Front of View” hosted by supermodel Front Montgomery and her daughter Leonie Montgomery. Both series combined, now in their second seasons, have now been viewed in 48 countries in the last year on nearly every major platform or device.

North America maintains a strong hold on the largest share of the global AR/VR market, yet Europe is predicted to hold a substantial market share in the future. The Asia Pacific, however, is likely to surpass all regions as the demand for digitally enhanced reality is growing substantially.

It is not just the global reach of the content that is so impactful to the industry, but the number of diverse devices that are being used in increasing frequency as well. In 2018 virtual reality (VR) hardware outperformed optimistic sales expectations last year. The research company SuperData Research reports that annual VR revenues in 2018 reached $3.6 billion — higher than the 2018 forecast of $3.3 billion. This represents a 30 percent year-over-year increase in revenues. According to the report, Sony’s PlayStation VR became the market leader during the holiday quarter, selling 700,000 units — the largest number of headsets sold across any category. By contrast, the standalone Oculus Go sold 555,000 units, with the PC-tethered Oculus Rift and HTC Vive selling 160,000 and 130,000 headsets. PlayStation VR overtook Samsung Gear VR to become the market leader as consumers craved higher-end experiences in console, PC and standalone headsets. Shipments of (AR/VR) headsets will jump 54% to 8.9 million units worldwide this year. The annual growth rate will accelerate to 67% over the next four years with shipments reaching 68.6 million in 2023 according to International Data Corp.

Companies such as Microsoft, Intel, Samsung, Facebook, Google, and Sony are investing heavily in the infrastructure and technologies fueling AR/VR and are allocating significant R&D budgets towards their development. Microsoft alone reportedly has over ten thousand AR/VR patents filed across thousands of patent families. ReelTime VR however, may have the most significant of all AR/VR patents currently being processed in the industry having filed a very broad patent. The Simultaneous Spherical Panarama Image and Video Capturing System (codenamed the “Periramascope”), as described in the pending patent application as a “360-degree image and capturing system having no lenses, a single lens, or a plurality of lenses. The device directs light from a sphere surrounding the device to a single reflected aggregate image that is then transformed into a full 360 X 360 spherical image or any subset thereof…”

J.D. Houvener, CEO of Bold Patents and author of “Bold Ideas,” stated: “The intellectual property contained in the non-provisional patent application we filed on behalf of ReelTime VR has the potential to be completely industry shaping. Our team of experts was able to articulate the claims of the invention quite broadly so as to provide ReelTime VR with the strongest and broadest protections available to them.” If fully granted, many believe that numerous significant players in the industry are currently infringing and would be compelled to license the underlying technology from ReelTime VR.

AR and VR hold high importance in the media and entertainment industry as it is utilized for numerous applications and has created a revolution. Over the last several years, AR and VR have become a necessity for the film making industry. Many players of the media and entertainment industry, be it Hollywood or any other film industry, are rapidly adopting AR and VR. In the last three to five years, the evolution of VR and AR production has been rapid globally. The entertainment and media industry is anticipated to account for more than USD 2,201 billion by 2020. The growing demand for AR / VR is anticipated to fuel the augmented and virtual reality market over the forecast time period. With rising technological advancements and increasing demand for AR/VR in the film sector, the media and entertainment industry is facing the threat of shortage in the availability of skilled artists.
With a shortage of content producers needed to fill the void of widening popularity, investors are looking not only to leverage their AR/VR bets on established gorillas such as Microsoft (NASDAQ:MSFT), and Google, (NASDAQ:GOOGL) but also on industry pioneers such as ReelTime VR (OTCPK:RLTR) who are well positioned for extensive exponential growth.

In Front of View Cancun