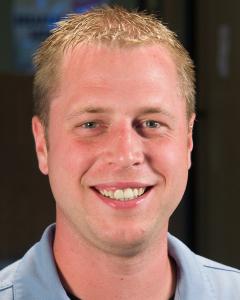 FOREST CITY, IOWA, USA, May 20, 2019 /EINPresswire.com/ — Before becoming a manager at Swanson Productions, Gary Dewaard exercised his creativity and passion for the entertainment industry through solo projects and investments. Below, he shares his influential upbringing and the various outlets in entertainment that eventually led to his current role.

Gary DeWaard has over a decade of experience in sales and marketing for early and late stage companies as well as many years of entrepreneurial experience. While working in sales, he always sought after new means of flexing his creativity, including lending his marketing talent to a handful of entertainment providers.

He began his professional career in sales with the entertainment company International Learning Group, an NGO international institution founded and run by parents and teachers dedicated to improving education environments. He worked in sales on the educational entertainment product branded Video Buddy and was also head of sales for Monroe Table Company-West Division, which serviced the trade show and education sectors.

Gary DeWaard has been a fan of the entertainment industry for as long as he can remember, and his father’s career amplified his interests. His father began a satellite communications company in the ‘80s that was frequently used by big names in the film and television industries. He traveled alongside his father from their home in Iowa to LA throughout his youth, giving him real-world exposure to one of the world’s entertainment capitals.

After graduating and attending a junior college, he accepted a position in Orange County and began working on his personal projects shortly after. Along the way, he’s produced a short film, produced many songs, promoted many concerts, and continues working passionately on a handful of creative projects.

Gary DeWaard was an associate producer of the film entitled “Honey Pie”. The film was written and directed by Brandon A. Willer. The film follows a volatile drifter as they join a collective of lost addicts and together use homemade drugs to experiment with death. The short film is available today in its entirety on the Vimeo video streaming service. He has also produced a music video for country music artist Jason Brown entitled “We're All in the Same Boat.”

In his professional career, he’s launched music-streaming services and produced a large-scale stadium concert, sticking to his entertainment roots. He’s been described by other professionals as a creative innovator who represents a forward-thinking, entrepreneurial spirit, and someone who is filled with terrific passion, drive, and determination for success. His rich history in various entertainment outlets has equipped him with a dynamic skill set that allows him to excel as a manager with Swanson Productions.

“Since childhood, I knew I had to be a part of some facet of the entertainment industry,” says Gary DeWaard. “I’m lucky to have had the early exposure I did, and I’m grateful to be in a position where I can excel professionally and flex my creative skills at the same time.”