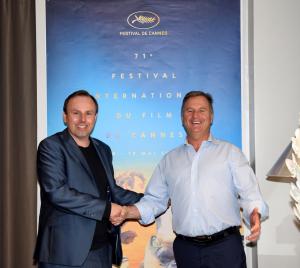 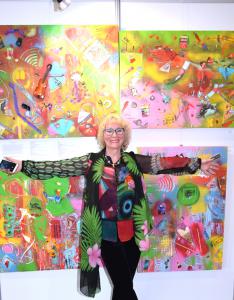 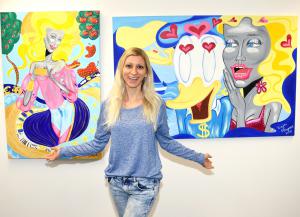 CANNES, FRANCE, May 15, 2019 /EINPresswire.com/ — For the second year, the Cannes Film Festival does not feature Netflix films.

Quentin's Tarantino film was nominated for the Palm, though it is not yet certain that the film will be ready for the Cannes Film Festival. As The Guardian reported. Thierry Frémaux describes Quentin Tarantino as "a true, loyal and punctual child of Cannes". Fremaux has confidence in Tarantino, who has not left the editorial room for four months, and is certain that "as with Inglourious Basterds, he will definitely be there … with a finished movie shown in 35mm." Brad Pitt, Leonardo DiCaprio and Margot Robbie are playing Quentin Tarantino's new "Once Upon a Time in Hollywood". Other great films include Atlantiques (Mati Diop), Bull (Annie Silverstein, The Climb, Deerskin, Diego Maradona, Family Romanc, LLC "(Werner Herzog)," A Hidden Life "(Terrence Malick)," The Lighthouse "(Robert Eggers) are just a few authors whose films will be presented at the Cannes Film Festival from 14 to 25 May.

In addition to the film, the visual arts has become an essential part of the contemporary cultural scene in Cannes. The visual arts are indispensable and accompany the film industry, often inspired by the artists' stories and cooperated with the artists in various forms. From the 17th to the 19th of May you can also see the art in Cannes. The MAMAG Modern Art Museum from Austria presents the second "International Contemporary Art Cannes Biennial" in Cannes Palace. Curator Heinz Playner has made his selection for the 2nd Contemporary Art Cannes Biennale from several thousand artists.

"Art is as diverse as the film industry, with artistic thinking turning into artists' minds like a movie, from ideas, to sketches like a script, slow, or lightning fast, creating a work of art. With this biennial I want great brains unite the art world in one space and show the works of art from constantly flowing ideas in the minds of these artists, I am sure that several artists of our Cannes Biennale will create more fascinating works of art and inspire this world with their art and in their minds people get stuck with their artworks and their names. " Some artists have moved the curator of MAMAG Modern Art Museum Heinz Playner in the selection with their philosophy to select these artists as art prize winners of this year from. The award ceremony will take place at the vernissage on 17 May.

Who the winners are will be announced at the vernissage. And what names and works will be coming to the Cannes Biennale this year?

The genius of the art scene Pablo Picasso, who lived for years in Cannes, was concerned with peace and man.

The well-known personality Pop Art artist Tanja Playner, who was born in Russia and lives in Austria, also deals with forms of peace such as love, inner freedom and communication between people. In some of her projects Tanja Playner is committed to a clean and beautiful world with a lot of understanding and love between people. In Cannes, the artist presents her new project, which draws attention in its distinctive Pop Art style on the relationships between people and the contact with nature. "I want to give people not only more joy through my art, but to cheer themselves up and to answer for themselves – what are you, is there anything else to improve in you, because the pursuit of improvement is a positive improvement. Happy people is our future, not only do we have to burn time together in the struggle, but we must look to each other with more love and understanding, and that is my job as an artist – through my Pop Art art and philosophy of life to cheer people up "- says Pop Art artist Tanja Playner.

The Biennale will feature art by the Swiss artist FANT Wenger. In his artwork FANT Wenger unites technology and nature. He sets accents on an informative world in which one seeks the right frequency. But do we also find a proper frequency for nature that allows us to communicate properly with nature? Or with each other? It shows the beginning through nature, the transformation of the world through technology and the search that will further change our world.

In the Biennale, the theme of communication between man and nature will be enhanced with works of art by Lisa Levasseur from Canada. Lisa Levasseur shows her approach to recycling through the arts. The topic of nature is very close to her, as she also lives in Canada in a nature reserve and runs a recreation center there. This closeness to nature inspires people to think about the consumption of plastic. The artist uses plastic bottles for her artworks. What comes out of it will be experienced by visitors to the Biennale.

The artist Erica Fromme from Germany does not only deal with colorful colors, she also builds elements of her past in her artworks, such as old Murano rings, parts of dishes, even a bridal bouquet of her friend, little dolls from different countries, but also handmade wooden dolls. Her artworks are like explosion of positive emotions and memories. Erica Fromme wants to make people aware that we are not turning ourselves into a throwaway society. "Perfectionism is out and destroys all creative action." Art is always a piece of contemporary reflection, color is more than words, creativity is free of constraints, it is the only way for an artist to truly unfold and transmit all of his joie de vivre to the viewer around him To convey energy and feelings of happiness "- says Erica Fromme.