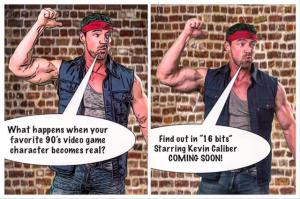 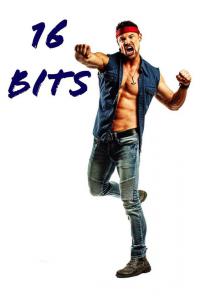 16 Bit studios announces production plans for their high concept, action packed thriller 16, set to shoot in November of this year.

HOLLYWOOD, CA, USA, May 14, 2019 /EINPresswire.com/ — The lines between reality and video games blur in 16 Bits, when a lonely loser befriends a violent street fighter who emerges from an old 16-bit fighting game.

“Packed with exciting characters, a wicked sense of humor and bone crunching action, 16 Bits is a wild, surreal rollercoaster ride,” says producer J. Horton. This is one of the first features produced by J. Horton that he also didn't direct. "It was Aaron's script that really made me want to take the dive into producing material for other directors."

Horton's previous work includes 'Monsters in the Woods, Deathday and Edges of Darkness. This is his first time working with writer/director Aaron Mento.

“This is the brutal dark comedy that I’ve always wanted to see, and now we’re making it a reality,” says director Aaron Mento, who wrote the part of Waxx Waster specifically for actor Kevin Caliber. “Kevin was born to play this role. He’s obviously got the amazing physicality of a video game fighter, but his most lethal weapon is knocking you out with his comedy chops.”

16 Bits stars Kevin Caliber (Future Man, The Have and Have Nots, Death Day).

“Im going to have a lot of fun making Waxx the toughest video game character to ever come to life! We are getting a lot of enjoyment creating this world and these characters and we are not holding back.  I know this will be twisted because I’ve  worked with Aaron before and know what types of films he loves, “ Kevin Caliber.
16 Bits also stars, Scott Butler, Charles Chudabala and Emily Dahm and is set for release in spring of 2020.