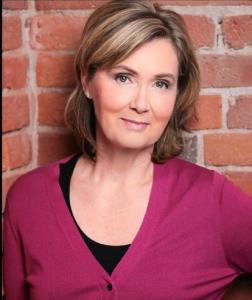 Each year UBCP/ACTRA presents two Sam Payne Awards to BC based performers. ”
— UBCP

VANCOUVER, BC, CANADA, April 9, 2019 /EINPresswire.com/ — Thirty-five years after his death, the legacy left by Sam Payne continues to be applauded by the British Columbia acting community. One of Canada’s well loved and respected professional actors, Sam Payne is remembered not only for his contribution to Canadian theatre, film, radio and television, but also for his personal attributes, which included humanity, artistic integrity and encouragement of new talent.

Danny Virtue -Sam Payne Lifetime Achievement Award for 2018
Danny Virtue is a man who has been a staple in the Vancouver Film and Television industry for over 40 years, amassing a resume of more than 150 titles. Nominated for a Screen Actors Guild Award for Outstanding Action Performance by a Stunt Ensemble in “War for the Planet of the Apes”. He has two (2) Leo Award wins, one a Lifetime Achievement Award and the other for the feature length Drama “Gunless”. He also has two Gemini nominations for “Neon Rider”. He is currently the Stunt Coordinator for AppleTV+’s Channel flagship Television Program “SEE”.

Danny Virtue created an industry recognized full-service film studio “Virtue Ranch” which has hosted hundreds of projects and many classic Canadian Series such as “Neon Rider”, “Psych” and newer title “The Magicians” to name a few.

Danny Virtue has mentored and guided countless fellow stunt performers, as well as other crew members. His support has led many to successful careers in the industry.

The Sam Payne Committee is proud to honour an esteemed member of UBCP/ACTRA for his tireless work, commitment and philanthropy.

Veteran actress P. Lynn Johnson’s resume includes more than 100 roles in feature films, made-for-television movies, and TV series. She co-starred in Spike TV’s series “Blade: The Series”, and guest-starred in multiple episodes of “The L Word”, “The Outer Limits”, “The X Files”, “Wiseguy” and “The Commish”. A very short list of her made-for-television movies includes Hallmark Channel’s, “Christmas Cookies” and “My Boyfriend’s Dogs”, as well as “The Good Mistress”, “Finding Father Christmas”, “A Killer Among Us” and “Finding a Family”.

She has appeared in over 30 feature films, among them “Godzilla”, “50/50”, “The Invisible”, “An Unfinished Life” and “Final Destination”.

While building her impressive acting resume, P. Lynn has worked tirelessly as a Champion of both “new” and “old” talent. Her resume in this area goes back to her start as a teacher in the late 1980’s to the present day. She has served as an Acting Instructor for Capilano University for the past 16 years and she has had her hand in creating various classes for both graduating students, to support their transitioning into professional acting careers, and for seasoned working actors, spurring a renewed vigor and enthusiasm for their careers. Her mentorship and support of alumni goes far beyond the classroom and includes her volunteer work in producing, coaching and acting in many of their independent and short features.

The Sam Payne committee is delighted to recognize such a dedicated and committed UBCP/ACTRA member.

The Union of British Columbia Performers (UBCP/ACTRA) is an autonomous branch of ACTRA (Alliance of Canadian Cinema, Television and Radio Artists), the national organization of professional performers working in the English-language recorded media in Canada. ACTRA represents the interests of 25,000 members across Canada – the foundation of Canada's highly acclaimed professional performing community.