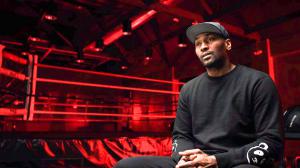 Ron Artest, who changed his name to Metta World Peace in 2011, shares his life story in a compelling documentary film. 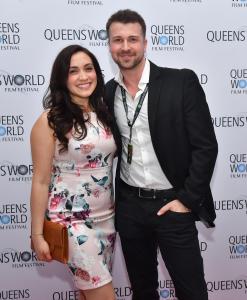 Actress Erica Camarano and filmmaker Nick Ronan created the narrative film The Secret Nobody Knows, which is screening during the Queens Corner block of short narratives on Sunday, March 31 at 6:45 p.m. at Museum of the Moving Image’s Redstone Theater. 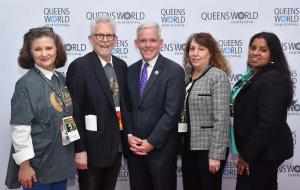 I wanna thank my psychiatrist." Those were the five words Ron Artest said after hitting the game clinching shot that sealed the 2010 NBA title for the LA Lakers

ASTORIA , NEW YORK , UNITED STATES OF AMERICA, March 28, 2019 /EINPresswire.com/ — A professional athlete who made a difference both on and off the basketball court is the subject of Quiet Storm: The Ron Artest Story. The East Coast premiere of this 2018 documentary film will be screened during the Ninth Queens World Film Festival (QWFF).

There are still plenty of cinematic offerings that can be seen at the Museum of the Moving Image (MoMI) and Kaufman Astoria Studios in Queens, New York. QWFF winds down to its wrap date on March 31. The independent films include short narratives, features, animation and documentaries that are presented in thematic blocks. Tickets to each and all QWFF film blocks are available online at Brown Paper Tickets.

QWFF Executive Director Katha Cato said the festival experienced “an incredibly strong opening weekend hosting filmmakers and audiences from all over the world.” The festival is continuing with second Spirit of Queens honoree evening “featuring the stunning restoration of a black-and-white indie film treasure.”

One of the newly-restored films is In the Soup (1992) featuring Steve Buscemi, Seymour Cassel, Jennifer Beals, Jim Jarmusch, Carol Kane and Stanley Tucci. The film tells the story of a neurotic nebbish whose fantasy is to win his dream girl by producing and starring in a hit movie. In the Soup may be seen Thursday, March 28, at 7 p.m. at MoMI’s Redstone Theater.

Following the screening, In the Soup director Alexandre Rockwell will be interviewed by QWFF Spirit of Queens honoree David Schwartz. Mr. Schwartz is the former longtime chief curate for MoMI. During his tenure, he screened over 10,000 films at the museum and interviewed many leading producers, actors/actresses and filmmakers.

Quiet Storm: The Ron Artest Story (2018) was produced and directed Johnny Sweet, who was an Emmy award-winning ESPN feature producer for 10 years. The documentary follows Ron Artest from his adolescent years in the Queensbridge Houses to his recruitment in 1997 by hometown St. John’s University.

As a freshman, Artest was named to the Big East’s All-Rookie and All-Tournament teams and the Red Storm advanced to the NCAA tourney. Turning pro, Artest was drafted by the Chicago Bulls and played for four different NBA teams, ultimately helping the L.A. Lakers to the championship in 2010.

But the elation of victory came with a heavy price off the hardwood. Artest talked openly about his struggles with anxiety and depression – a subject long considered taboo among professional athletes. In 2011, Artest changed his name to Metta World Peace “to inspire and bring youth together all around the world.”

Quiet Storm will be screened Saturday, March 30, at 7:30 p.m. in MoMI’s Redstone Theater.

The QWFF is also presenting these thematic blocks:

It’s All About The Dance, Friday, March 29, at 6 p.m., in the Zukor Screening Room, Kaufman Astoria Studios, 34-12 36th St., Astoria. Presented in partnership with Queensboro Dance Festival, this block offers six short narratives and one documentary.

Queens Corner, Sunday, March 31, at 6:45 p.m., at MoMI’s Redstone Theater. A celebration of Queens filmmakers, presented in partnership with Table Wines, It’s In Queens, I Love NY, BMJ Studios and Astoria Films, wraps up the festival. Here’s the lineup of films and directors: The Secret Nobody Knows, Nick Ronan; Some of Her Parts, Abie Sidell; Eodiya, Jules Suo; Beyond the Veil, Sandy Ismail; Into the Dark, Benjamin Berger; and Best Wishes, Kevin Etherson.

For the sixth year in a row, Investors Bank has served as the lead sponsor of the QWFF. The bank also presented the festival’s Opening Night Celebration at MoMI. QWFF’s Young Filmmakers Program is sponsored by Investors Bank and the project gives a fifth-grade class at PS69Q in Jackson Heights an opportunity to experience film production.

About the Queens World Film Festival
Turning nine in 2019, QWFF includes an annual multi-day/multi-venue festival, youth-oriented educational initiatives and year-round screening opportunities for QWFF filmmakers, past and present. The festival is programmed in thematic blocks with evocative titles, and each program is followed by a post-screening dialogue to engage audiences from the demographically diverse communities that comprise the borough of Queens. Each year the festival has a very robust submission session, with films coming from all over the globe.