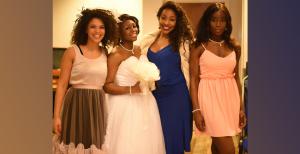 “No Shade” directed by Clare Anyiam-Osigwe 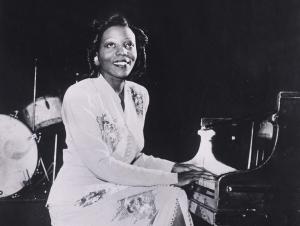 “Mary Lou Williams: The Lady Who Swings The Band” director Carol Bash will be hosting Q&A after film screening

Described by film critic Armond White as “a festival that symbolizes diaspora as more than just anthropology,” ADIFF has managed to increase the presence of independent Afrocentric films”
— African Diaspora International Film Festival

NEW YORK , NEW YORK, UNITED STATES, March 25, 2019 /EINPresswire.com/ — The African Diaspora International Film Festival Women’s History Month celebration is a modest homage to women who, behind the camera, have told stories seldom told with the intention of changing or correcting a male defined narrative that is so often incomplete. Their work is a revolutionary endeavor that goes against many taboos that have silenced women’s voices for centuries. Haiti, Guadeloupe, Chad, Senegal, the UK, US, Tunisia, are the countries of origin of these women filmmakers whose work is a song to the imagination and creativity of women.

Highlighting the program is the presentation of No Shade directed by Award-winning dermatologist turned first-time filmmaker Clare Anyiam-Osigwe. Told through the prism of love, relationships, dating and marriage, No Shade is a romantic comedy-drama that provides a raw perspective on the issue of colorism. The film scooped the 2018 New York African Diaspora International Film Festival Public Award for Best Film Directed by a Woman of Color. The drama explores the hardships of the modern dating world through the dysmorphic presence of colorism as well as the fetishization of black women.

Celebrating African-American artists is the program Black Divas: Josephine Baker & Mary Lou Williams. Josephine Baker: Black Diva in a White Man's World by Annette von Wangenhei celebrates the artist, the woman and the activist and Mary Lou Williams: The Lady Who Swings the Band is about the leading musical innovator determined to create in a world that only saw her race or gender. There will be a discussion with Carol Bash, director of the Mary Lou Williams documentary after the screening of both films on Sunday, March 31 @ 4PM.

Other artists celebrated in the program are Joseph Boulogne, Le Chevalier de Saint-Georges (1745-1799) who was born in Guadeloupe of a Senegalese enslaved woman and a French nobleman and who became one of the most remarkable figures of the 18th century as outlined in the documentary Black Mozart in Cuba by Stephanie and Steve James. Teddy Pendergrass: If You Don’t Know Me by Olivia Lichtenstein is an entertaining and moving musical documentary that explores the rise of Teddy Pendergrass, the first African American artist to record five consecutive platinum albums against the backdrop of 1960s America, and his comeback after a life-changing accident.

African women are telling powerful stories behind the camera. BAFTA-award winning director Rungano Nyoni’s debut film, I Am Not a Witch, set in modern-day Zambia, is the satirical, provocative, and enchanting African tale of a young girl accused of being a witch. I Am Not a Witch was the official UK submission to the 2019 Oscar race in the Foreign Language Film category. Seeking refuge from her Islamist radical brother whom she informed on, a young woman arrives in France illegally following Tunisia’s Jasmine Revolution and discovers a new world of both hope and danger, in Foreign Body the fourth feature film by Tunisian writer-director Raja Amari (Satin Rouge, Buried Secrets). The program African Women Directors features the work of African women filmmakers Zara M. Yacoub (Chad) & Khady Sylla (Senegal) who address issues of abuse and mutilation of children and women in Africa in their films Feminine Dilemma and The Silent Monologue.

ADIFF Women’s History Month Program will open on March 29 with a FREE screening of Looking for Life by Haitian filmmaker Claudette Coulanges, a documentary about resourcefulness in the face of poverty and globalization, which introduces the viewer to two women, Anne-Rose and Rosemene, who each one has their own particular way of battling through life. The program also features a Q&A with director Yoruba Richen who will discuss her documentary The Green Book: Guide to Freedom, the real story of the Green Book, the guide that changed how black people traveled in America.

The African Diaspora International Film Festival is a 501(c)(3) not for profit organization.

SCHEDULE AT A GLANCE

The African Diaspora International Film Festival WOMEN’S HISTORY MONTH PROGRAM is made possible in part thanks to the support of the following institutions and individuals: ArtMattan Productions; the Office of the Vice President for Diversity and Community Affairs, Teachers College, Columbia University; the New York City Council in the Arts; the Upper Manhattan Empowerment Zone Development Corporation administered by LMCC; and WBAI.

ABOUT THE AFRICAN DIASPORA INTERNATIONAL FILM FESTIVAL
Described by film critic Armond White as “a festival that symbolizes diaspora as more than just anthropology,” ADIFF has managed to increase the presence of independent Afrocentric films from all over the world in the general American specialty movie scene by launching films such as The Tracker by Rolf de Heer (Australia), Kirikou and the Sorceress by Michel Ocelot (France), Gospel Hill by Giancarlo Esposito (USA), Darrat/Dry Season by Mahamat-Saleh Haroun (Chad), Scheherazade, Tell Me a Story by Yousry Nasrallah (Egypt), The Pirogue by Moussa Touré (Senegal), White Lies by Dana Rotberg (New Zealand), and The Citizen by Roland Vranik (Hongary), among others.

No Shade – Back by popular demand!