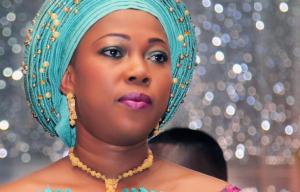 Her Excellency Fatima Maada Bio is quickly making her mark in Sierra Leone history. For the first time in history, spearheaded by Bio, First Ladies from different African countries were united in the fight against gender based violence in Dec 2018. 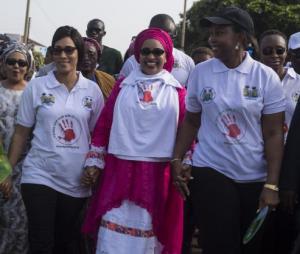 First Lady of the Republic of Sierra Leone Fatima Bio officially launched her flagship program ‘Hands Off Our Girls’ to leave no stone unturned in the fight against issues affecting teenage girls. 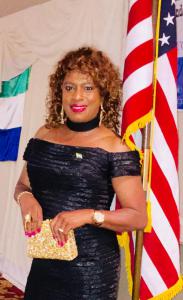 Isatu Timbo is the first appointed Honorary Consul for Sierra Leone in Los Angeles, CA. For years, she has provided much-needed assistance to the nation of Sierra Leone by shipping containers of medical supplies to various hospitals and health centers.

We are proud of our First Lady Fatima Maada Bio for her mission to help and protect women and girls through her program, 'Hands Off Our Girls.'”
— Honorary Consul of the Republic of Sierra Leone Mrs. Isatu N. Timbo

"We are proud of our First Lady Fatima Maada Bio for her mission to help and protect women and girls," said Honorary Consul Timbo. In December 2018, Her Excellency launched “Hands Off Our Girls” to combat sexual violence, child trafficking and prostitution, child marriage and teenage pregnancy. On February 7, 2019, President Julius Maada Bio declared a National Emergency on rape and sexual based violence.

According to the Rainbow Initiative, a local organization dedicated to the fight against sexual violence, nearly 150 young Sierra Leonean women get pregnant due to rape every month.

"Rape is unacceptable and should be frowned at in society, while calling on women to not only help in the prosecution process, but to name and shame perpetrators found guilty before sending them to prison," said First Lady Bio. "We should not condone rapists, as they are bad people and what we should do is to name and shame them." Her Excellency is passionate about women rights and equality. She refers to the women of Sierra Leone as “Women of Substance.”

The Hollywood elite will also be in attendance to welcome the First Lady Fatima Bio. As one of the most elegant Nollywood actresses, she is no stranger to the entertainment industry. She holds a Bachelor of Arts with Honors Degree in Performing Art from the Roehampton Institute in London. She enjoyed a successful career in the African Film Industry, screenplay writer, and executive producer.