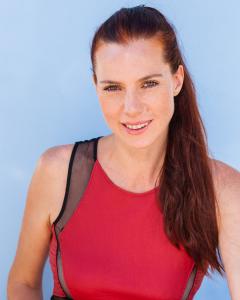 The filmmaker recently opened up her Indiegogo campaign for “My Love in the Sky,” a short film about a war veteran returning from Iraq to civilian life.

LOS ANGELES, CA, UNITED STATES, March 6, 2019 /EINPresswire.com/ — Marina Edwards (co-writer, executive producer, director) and Jon Edwards (co-writer, executive producer) recently opened up their new Indiegogo campaign for “My Love in the Sky,” a short film about a war veteran challenged by returning from Iraq to civilian life. The film is slated to be filmed in Los Angeles from February to March of 2019. Now, Marina Edwards opens up about her motivations for making the film, and who the “heroes” are in today’s society.

“During the Second World War, the world was split into two parts – enemies and protectors. It was clear who is who. That’s why warriors who came back were hailed as heroes,” explains Edwards, “but it’s not so simple in today’s world. Coming back from conflict zones, returning veterans continuously lack the support they need. Each day in America, 22 war veterans end their lives by suicide. After experiencing war, simply coming home is the most challenging part of their lives. They feel lost.”

The story for Edwards’ newest film follows Jake, an Army veteran of 20 years who, while on a humanitarian mission in Iraq, suffers the ultimate defeat in the loss of his copilot & best friend along with his helicopter. In doing so, he shatters his vertebrae and is sentenced to a wheelchair.

Menawhile, Jake's wife Janet comes from an immigrant family who has made a lot of money through her hard work in real estate. She recognizes the meaning of love and commitment to be a military wife only when she is faced with Jake's return home. It is only through a complete recalibration as to what is important in their lives that we begin to see how this warrior family can possibly find their way back to civilian life together.

“It is our desire to give something back to those who served to defend our freedom in the form of this story,” continues Marina, “Many veterans are wounded in ways seen and unseen and our aim is to open a dialog about this. Our social media is built in a way that people's heroes these days are most often movie stars or sports celebrities, while the real heroes are out of the spotlight. But we shouldn’t forget who our real heroes are today – our warriors who fight for justice, for freedom and democracy, who protect us.”

The production budget for the short film is $30,000, and the budget will pay for things including equipment, transportation costs, festival fees, and cast and crew expenses. Although the creative team has grown up in Los Angeles and forged many relationships within the industry, they still need a budget to make this film as professional as possible. Their hope, after funding this short film, is to possibly turn it into a feature. They also want to hire veterans for the crew as well, to help spread the message of acceptance and respect they’ve been speaking of.

“It’s great to see that there are many non–profit organizations who help and support war veterans; that there are many commercial companies and caring individuals who donate their time, money and resources for veterans,” concludes Edwards, “I wish that we can bring more awareness to this subject and our social media, and the film industry would bring its power to put our warriors on the pedestal they deserve. Veterans must know that they are not alone, they are not forgotten, and we deeply appreciate what they’ve done for us.”