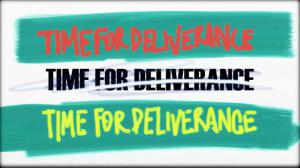 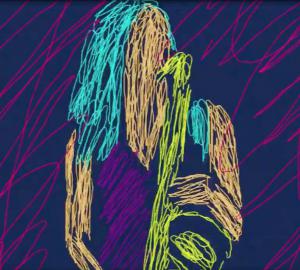 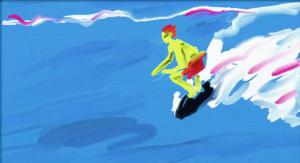 Off His Latest LP “Little Boat”, The Grammy Nominated Singer/Songwriter Who Recently Won “Best Album of the Year” at the 36th Annual German Rock & Pop Awards

LUCERNE, SWITZERLAND, January 2, 2019 /EINPresswire.com/ — Following his last release ‘My Wallet is a House of Cards’ off the 2018 album “Little Boat”, Singer/Songwriter Ajay Mathur has debuted his latest collaborative fan video effort of 2019 – “Time For Deliverance”!

Crafted from the vibrant art and design of director/animator Mertcan Mertbilek from Istanbul (who previously worked on the video for Mathur’s “Little Boat” single), the video is a uniquely visual. Portraying animated paintings from Mathur singing to beautifully enlivened surfers riding waves, palm trees, beach and boardwalk scenes which beautifully counter the bluesy feel of the song and lyrical refrain “It's my time for deliverance no I ain't giving up on love” with vibrant color.

“Time For Deliverance is a beautifully crafted tune. This time Mathur pulls in some R&B and jazz influences, weaving a soulful sax with backing vocals. Both play off his clear and straightforward vocals. The song fulfills the theme of Little Boat, ‘It’s time for my deliverance, I ain’t giving up on love.’ Very nicely done.” – Kath Galasso, Onstage Magazine

Little Boat, Ajay Mathur’s newest album, was launched on its maiden voyage in the usual way in spring of this year. Quickly picked up by playlists and fans, the music and the album’s message of resilience has resonated with listeners and critics alike. Unlike previous projects, though, Little Boat has taken on a life of its own, picking up unexpected passengers along the way.

Independent of each other, diverse digital artists from around the globe including from Istanbul and Warsaw as well as an Argentinean in Los Angeles, heard a call and felt compelled to add some valuable cargo to Little Boat’s journey. The result is a colourful, complex and highly-imaginative work of animated accompaniments to Ajay’s songs.

The first of these, released earlier this year, is a quirky psychedelic and vibrant tribute to the title song ‘Little Boat’, composed by the young Turkish artist Mertcan Mertbilek. The next to be released was a provocative animated video to the stomping blues rocker ‘My Wallet is a House of Cards’. The images were inspired by the rebellious spirit of the song and depict a ruthless caricature of consumption and an increasingly indebted society. This stunning video was created by Argentine artist Ciro Ayala, who lives and works in Los Angeles. More videos are in the works and will hit the waves in the coming months.

Video artists are not the only passengers that have hopped on Little Boat’s journey. Besides the digital treasures, an illustrated children’s book by a writer in Delhi, India as well as a full-length novel weaving through the themes in Little Boat by an American living in Switzerland are in the works.

It is plain to see that Little Boat has left ripples in its wake, touching people at every port along the way. Rarely does an album inspire this kind of organic response and like any true adventure on the open seas, it is impossible to tell which way the winds will blow next. This music has opened up a whole new route on unchartered waters. Batten down the hatches because this Little Boat is on course to explore new and uncharted worlds.

Having recently won “Best Album of the Year” at Germany’s 36th Annual Rock & Pop Awards 2018, it's no wonder fans and critics alike are craving more unique collaborative works from Ajay Mathur. And with his latest video for “Time For Deliverance”, they get just that.

Little Boat, which was given its final touches at the iconic Abbey Road Studios in London, is available in digital formats for download and streaming, as well as physical vinyl and compact disc album formats.

Ajay Mathur is a Grammy nominated singer-songwriter and a citizen of the world. Born and raised in India and residing in Switzerland, Ajay Mathur’s talent as a singer-songwriter and seasoned musician blends both pop and rock genres with Americana and traditional Indian instruments into something radically new and genre-bending. His music has held its own on the U.S. and European charts and has repeatedly received positive accolades from the press and industry professionals.

Ajay Mathur’s album Little Boat (2018) follows on his previously released and highly successful '9 to 3' (2015) that earned him a Grammy nomination in 2017, 'Come See Conquer' (2013), and ‘A Matter of Time' (2011). All of the albums have enjoyed excellent reviews and acknowledgements in the international media. They have maintained top chart rankings on U.S. Top 50 Rock, U.S. Top 80 Independent, U.S. Top 50 AC and Americana (AMA) airplay charts as well as a continuous 128-week ranking on the European Indie Music chart. Ajay’s music continues to attract a large and growing community of listeners worldwide. MacEagon Voyce of AXS Media calls his music “a master class on consummate songwriting”. 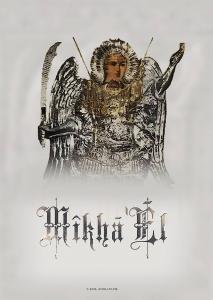 Coming in 2019 the feature film Mikha'El in English, Greek, Hebrew, Latin and Italian, shot on location in seven countries

VALLETTA, MALTA, January 2, 2019 /EINPresswire.com/ — Avinu Films are pleased to announce that production is on schedule for the feature film Mikha'El, the first historically accurate docudrama on the Archangel Michael in English, Greek, Hebrew, Latin, and Italian in the history of cinema. Written and led by the award-winning Maltese-American director Marcelle Abela and the Maltese producer Mariella Delia, the film has an international cast and crew, whose details will be released after production has been wrapped up. Mikha'El is presently being shot on location in seven different countries across two continents. It is expected to be available to the general public later this year. The graphics and artwork of Mikha'El are in the hands of Antonia Harris, the Maltese-American creative director of Z-Group Studio of Montana. Promotional consideration for the film has been provided by JMD Health & Safety Services of Zabbar, Malta, and Red Giant, the post-production software company of Portland, Oregon.