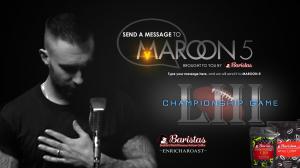 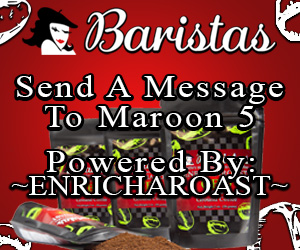 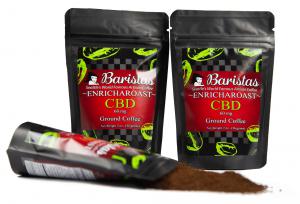 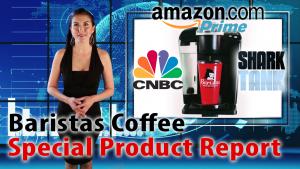 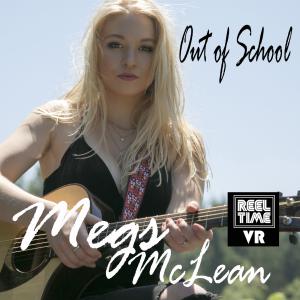 Baristas opens up its messaging portal to Maroon 5 to the public previously reserved only for Super Bowl audiences allowing anyone to message the band.

It is exciting to be introducing Baristas historic, federally legal, CBD and white coffee Coffee products, and to connect people with Maroon 5 in a unique way commemorating their performance.”
— Barry Henthorn

KENMORE, WASHINGTON, UNITED STATES, January 31, 2019 /EINPresswire.com/ — Baristas Coffee Company, Inc. (OTCPK:BCCI) has opened up its messaging portal previously reserved only for Super Bowl audiences to the public, allowing anyone to send a Message to the band Maroon 5 between now and the end of the game by visiting www.baristas.tv/contactmaroon5 . A special code giving those who message a discount on Baristas products will also be available. Both the NFL and the band have confirmed that Maroon 5 will be the headliner during the halftime show during Super Bowl LIII, at Mercedes-Benz Stadium in Atlanta, Georgia. The game is scheduled to be played on February 3, 2019 and is the 53rd Super Bowl and the 49th modern-era National Football League championship game. It will decide the league champion for the 2018 NFL season.

Baristas will be advertising not only its bestselling White Coffee fulfilled by Amazon but also it's new EnrichaRoast CBD Coffee www.baristas.tv which uses a proprietary technology introducing CBD to the beans after they are roasted. A sneak peek of the ads that will be shown featuring international Supermodel Front Montgomery and recording artist Megs McLean can be seen at www.trywhitecoffee.com

Barry Henthorn CEO stated: “It is not only exciting to be introducing our products to a whole new audience, but to be able to connect people with Maroon 5 in a unique way commemorating their performance along with the historic introduction of federally legal Baristas EnrichaRoast CBD hemp derivative coffee”

On Super Bowl Sunday a special set of ads introducing the Baristas White Coffee and the new Baristas EnrichaRoast CBD Coffee, will run throughout the day in and around the stadium before, during, and after the game, and will include a special offer to send a message to Maroon 5. The spots will be seen on numerous digital displays including mobile devices allowing fans to connect via special Portals.

The media buys were made possible and were created via digital media frontrunner ReelTime Media (OTCPK: RLTR) www.reeltime.com whose capabilities are redefining how companies are evaluating and purchasing their TV, radio, print, and other new media. The CBD specific ads are being placed through Canna Broadcast Media (OTCPK: CBMJ) www.cannabroadcastmedia.com that specializes in getting cannabis companies access to mainstream media to get the CBD ads approved. CBMJ is the only company that ReelTime Media will allow cannabis ads to be placed through on their networks or portals.

About Maroon 5: Maroon 5 is an American pop rock band. It is based in Los Angeles, California. It used to be called Karas Flowers. The band members were vocalist Adam Levine, guitarist James Valentine, bassist Mickey Madden, percussionist Matt Flynn, and keyboardists Jesse Carmichael and PJ Morton. The band has released 5 studio albums, Songs About Jane (2002), It Won’t Be Soon Before Long (2007), Hands All Over (2010), Overexposed (2012), and V. All those albums charted in the top 3 on the U.S. Billboard 200 chart. The band has sold more than 27 million albums and 109 million singles worldwide.

About Baristas Coffee Company: Baristas is a national Coffee Company that is recognized throughout the US. It currently produces and sells coffee related products under the Baristas brand. The Baristas White Coffee single-serve cups compatible with the Keurig 2.0 brewing system is the bestselling product in its category. Baristas also markets other coffee related products. Baristas gained mainstream exposure when it became the subject of “Grounded in Seattle” the reality show special feature which aired on WE tv. It has been featured nationally including during Shark Tank on CNBC with Front Montgomery, CNN, ESPN, Food Network, Cosmopolitan Magazine, Forbes Magazine, Modern Living with kathy ireland, Sports Illustrated, NFL Monday and Thursday Night Football with Megs McLean, and other notable media.