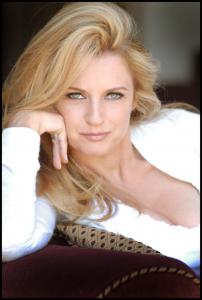 Gail Thackray shocks the world with her sexy tell-all book about her nude photo business valued at over $50 Million.

LOS ANGELES, CA, UNITED STATES, December 23, 2018 /EINPresswire.com/ — The producer of some of the infamous Stormy Daniels nude photos as well as naked pics of other mega famous Hollywood celebs, Gail Thackray shocks the world with her sexy tell-all book about her nude photo business valued at over $50 Million: “Running with Wolves, a Woman’s Memoir of Sex, Scandal and Seduction.”

And if you’re surprised that Kim Kardashian confessed she was on drugs during the making of her sex tape, wait until you read the story of another celebrity sex tape, where the star overdosed on drugs and almost died in the John Belushi room at the Chateau Marmont.

The book is an incredible inside-view of the whole sex industry from soft-core magazines such as Playboy to the advent of the Internet. To boot, Gail says she was a “wannabe” mainstream actress at the time and she shares candidly what was really going on with the whole Hollywood Casting Couch.

In the era of the Me-Too Movement, Thackray emerges as a strong woman who manages to play the game in a man’s world and use it to her advantage. This is not about a woman as a victim, dishing out the dirt on powerful men in Hollywood and the Sex Industry, it’s actually a light-hearted, often hilarious look at the real inner workings of a male-dominated-industry and how a young girl was able to pull the strings. “Sometimes real life is so absurd, it’s hilariously funny, and you just can’t make this stuff up,” explains Thackray.

The scope of the book covers years of some of the juiciest topics; from behind-the-scenes on the most notorious players in the sex biz, to the development of technology through the Internet sex sites in the dot com boom and Yahoo passing Thackray all the “naughty sex searches they didn’t want.” It’s loaded with massive bank scams and explosive stories whose details have never before been revealed. The journey finds Thackray in lots of sticky situations, dodging mob hits and the FBI and occasionally falling in love. Think “Wolf of Wall Street” in the sex biz. “It’s raw, it’s juicy, it’s hilariously funny,” say readers.

Thackray created a sexy photo library, shooting for magazines such as Penthouse, Club, and High Society in the 80’s and 90’s and changed the industry with her own magazine Barely Legal. Her book gives us an intimate look into the real lives of Guccione, Flynt, Hugh Hefner and the wild parties at the Playboy Mansion. At the launch of the Internet, Thackray owned over a million nude images and was the major supplier of naked pics on the web. Thackray won the first ever Internet copyright lawsuit, after which Forester Research did an evaluation of Thackray’s company at over $50 million dollars.

Thackray also reveals her time as a scream queen starlet (aka Gail Harris) and the inner workings of the Hollywood Casting Couch until she finally landed at the respected CAA with Michael Ovitz. She starred in a slew of Roger Corman B movies and Quentin Tarantino’s Personal Favorite “Cell Block Sisters.”

Today, Thackray is currently in talks with producers to turn her sexy story into a TV series. The first taker on this was originally Harvey Weinstein, one week before his scandal broke out.

“For the first time, I’m exposing my past,” Thackray says, who wants to empower women and is speaking on “Finding Your Sexiness” at the Conscious Life Expo in Los Angeles February 22nd. For more expansive details/interview, she can be contacted at her direct email: Gail@GailThackray.com