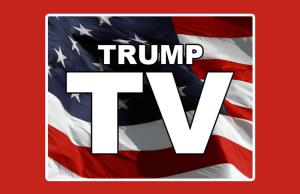 TrumpTV.com first time on the market!

TOLUCA LAKE, CA, UNITED STATES, December 19, 2018 /EINPresswire.com/ — TrumpTV.com
For Sale: TrumpTV.com
For the first time in over 12 years the TrumpTV.com domain is to be sold in auction.
Los Angeles, CA 12/18/2018– Hollywood entrepreneur Fernando Escovar announced today that he is finally placing his domain TrumpTV.com up for sale.
Ironically, Escovar’s initial interest in the URL had nothing to do with the celebrity reality show host now turned President. “Trump is a term used in Bridge,” Escovar said. “I wasn’t even thinking of Donald Trump back in 2004 when I initially acquired the domain.”
Escovar, who owns and manages several entertainment sites including FabTV.com also has a few card-game websites. “I totally forgot I owned it,” said Escovar, “Then, suddenly, things began to go crazy.”
Escovar, who has met the GOP nominee several times during red carpet events, has not yet heard directly from Trump’s camp, but if any interest he would be happy to have a conversation.
"This is a blowout price for charity, and a great investment” he said.
Open bidding begins today via eBay.com https://www.ebay.com/itm/223290959785