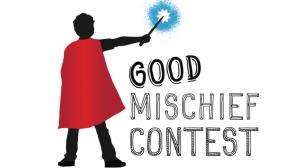 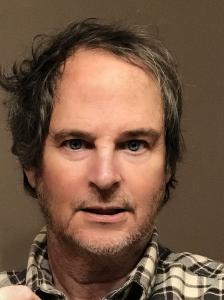 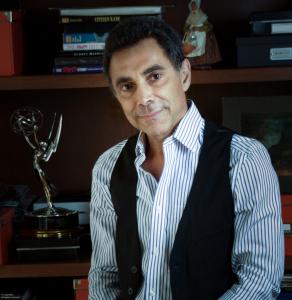 Our culture is in need of kindness and warmth.”
— Dan Redler, Producer

CHICAGO, ILLINOIS, USA, September 28, 2017 /EINPresswire.com/ — Los Angeles producer Dan Redler has optioned the rights to create and produce a reality-based television special and series built around Harry Moon’s Good Mischief Contest. The contest is currently being played across the globe in 10 countries and 33 states.

The contest is the brainchild of Chicago-based Rabbit Publishers. Rabbit is a publisher of the acclaimed Harry Moon book series. In the contest, the 100 finalists, ages 8 to 12, videotape their feat of Good Mischief. The publishing company describes Good Mischief as a “kindness that surprises.” The finalists upload their videos onto the cloud for viewing and voting across all social platforms including Facebook, Instagram and YouTube.

“We are thrilled to have Dan Redler taking the leadership position for this television project. He is an accomplished producer who understands the magical powers of children,” said Thom Black of Rabbit Publishers.

Redler won an Emmy for his production of the family drama “In His Father’s Shoes” starring Academy Award winner Lou Gossett Jr. The show was awarded another Emmy for its young star Robert Ri’chard and received an additional three nominations along with a Cable Ace nomination. Showtime launched a new era of family programs following the success of “In His Father’s Shoes.” Redler’s other producing credits include George Bernard Shaw’s “Pygmalion” starring Peter O’Toole and Margot Kidder for Showtime.

“Our culture is in need of kindness and warmth,” says Redler. “Mix that warmth and kindness with the humor, grace and irascibility that comes from the very young and something special emerges. These children exude appreciation and love. Using an innate sense of wonder, joy and discovery, they are speaking up for kindness with clever solutions to problems they see and are determined to solve. They inspire me, and I know they will inspire our audience.”

A deal with a specific television network or cable provider is the next step. “Morris Abraham and I are honing our approach on the Good Mischief project before we find its home,” said Redler.

What caught Dan Redler’s eye were Facebook posts of the finalists. “I saw those mischievous smiles. I was immediately drawn in,” Redler said. What also caught Redler’s eye was a Facebook post announcing David Paul Kirkpatrick’s appointment as coach for the Good Mischief finalists. “By sheer coincidence and the quirky magic of social media, David and I reconnected. We first met when David was at Paramount Pictures. He was president. I had just recently arrived and landed a role as a talent agent. I was assigned to negotiate a writing deal for then-unknown Kennan Ivory Wayans. Making the deal without giving away that I was clueless was a daunting task. Looking back, I think David practiced “kindness that surprises” even then. While there was a great deal of pressure to close the deal, David managed to finesse the complicated relationship between the movie’s star, Eddie Murphy, and Keenan. His behind-the-scenes efforts enabled us to close the deal. The movie went on to become the No. 1 stand-up film of all time [at the] box office.”

“I am excited that Dan Redler and Morris Abraham are taking the reins,” said Kirkpatrick. “I am sure it will be a great show.”

Rabbit Publishers has just released its latest Harry Moon book, “Halloween Nightmares” by Mark Andrew Poe. It is available at Barnes & Noble, in independent book stores, and on Amazon. The Harry Moon series is distributed in the general market by Diamond Comic Distribution and in the faith market by Anchor Distributors.

Rabbit Publishers recently announced its own good mischief with its new partnership with Boston-based Dana Farber Cancer Institute. A portion of the proceeds from the Harry Moon Book Club will support research of children’s pediatric cancers. “Every child matters to us,” said Steve Goerth of Rabbit Publishers. “They are our future. Any way we can encourage healthy action and empowerment for kids, we are there.”